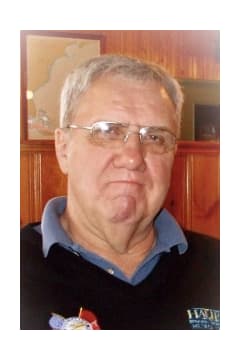 Donald St. Clair Graves, 71, of Halifax, NS, passed away peacefully at home, surrounded by family on November 12, 2019 in Halifax.
He is survived by his daughters Tricia Graves (Daryl Stinson) of Edmonton AB, Donna Graves, grandsons Denver and Liam Graves of Lower Sackville NS, mother Eva Graves, brother Bruce Graves (Alice), sister Lucille Delorey (Pat), first wife Bernice Graves, wife Linda Cary, as well as many nieces, nephews, and cousins. Don was predeceased by his father, Wilfred Graves.
Don was born May 1, 1948 in Halifax, NS, and grew up in Halifax and went to St. Patrick’s High. He joined the Royal Canadian Navy in 1965 at age 17 and served on the Provider as a Marksman for five years. He travelled to Africa, Egypt, Mediterranean, Caribbean and most of Europe but his most favorite country was Ireland.
After leaving the Navy, Don went on to work as a paramedic in Hamilton, Ontario from 1970 – 1972.
Don then went on to become a Journeyman Welder and spent 6 years in the Arctic Beaufort Sea as a Marine Engineer on the icebreakers the Terry Fox and the Iqaluit. He worked as a Millwright and welder all over Canada. He was a welding instructor in Burlington, Ontario for two years.
Don began work at Halifax Transit in 2004 and worked as a bus operator until his retirement nine years later.
His great passion was classic cars, his most favorite being the 1955 Crown Victoria. You could always count on Don to share a great story to make you laugh.
Don’s wishes were to be cremated and his ashes to be spread at sea. In lieu of flowers, donations may be made to the Canadian Liver Foundation. The family would like to thank Dr. Scovil and all the VON's who took such excellent care of him over the past year.
Please join us in celebrating Don’s life on November 16, 2019 from 11:00am to 1:00pm, 5594 Northridge Road, Halifax, NS.

Loved the chats and the stories! You will be missed Don.
- Dale Smith
Don and I were fairly close friends for a period of time. Deepest sympathy to all the family as I am sure he will be missed. Hey Don, if you are looking down upon us, we never did have that last game of cards but maybe at a future date and place. Sincere blessings and prayers go out to all.
- Jim Chandler
Hugs to all of his family, he was my dear friend. Don will be missed so much.
- Joanne McCleary
Eva, Lucille, Bruce and family thoughts are with you and your family.....
- Kim MacDonald
Sending my deepest sympathies to all his family..
- Stella Lewis
So sorry for your loss, big hugs to all the Graves family
- Frances Martin
Trish and Family, My condolences to you all during this difficult time.
- John Gillis
My sincere condolence on the loss of your Dad Donna and Trish .God bless
- Donna Dundsford
over the years I have gotten to know Donnie so well. He was like family to us. There will not be a day that goes by that I will not miss him. I will miss his kindness, happiness, stories, and most of all his laugh. Donnie loved his family so much! My thoughts are with all of his family! Hugs to all of you!
- Sheri O'Toole
To Donnie's family ,Mom Eve ,Bruce ,Lucille , daughters Donna and Trish and his grand sons . So sorry to hear that Big Don has passes . The little Cuz and I are really gonna miss him. Over the years Donnie and I became good buddies , we both had a love for classic cars . Donnie had the stories ,he lived life to th fullest for sure. If I had a dollar for every time he cracked me up I would be a very rich guy . Rest in peace my fried ..Sylvia and I are sure gonna miss ya . Bernie
- Bernard Stone
Eva, Tricia, Donna, Bruce, Lucille,and family. Sorry to hear Donny has passed away. I have a lot of fond memories of Donny when we kicked around together in the sixties.Deepest Sympathy, Bryan & Barb McGlone
- BryanMcglone
Don and I started at Transit the same year. He quickly took me under his wing and I became his favorite. He would always bring me candy or a treat just about every day and would always have a story to tell me with each one being more entertaining than the one he told me the day before! I'm going to miss you My Friend! BIG, BIG HUGS!!!
- Vanessa Saunders
Donna, so sorry to hear of your Dads passing. He was certainly a character and indeed always had a story that would make me chuckle. Of course we shared the love of antique cars and one particular afternoon he and I were on stand by down on Lyle St....we talked for hours about the old cars we had owned over the years. He was one of the good guys and will be missed. May he rest in peace
- Skip Gladwin
Our deepest sympathy to all the family. You are in our thoughts and prayers. Love.. Rose & Gerald
- Rose Leblanc
So sorry to hear guys condolences to you all Donny was a good guy I love to see him everyday when I was working take care God bless
- Stephen Warren
My prayers and sympathy are with you Trish Donna Denver and Liam love your Aunt Alberta
- Alberta doiron