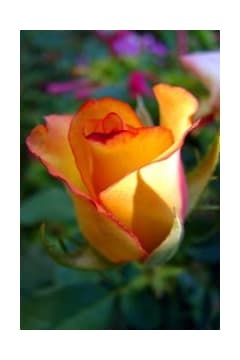 Heaven has another angel

It is with broken hearts, fond memories and great sadness we, the family, announce the passing of our beloved mother in her 90th year. Mom gently passed away on October 30, 2018

Leaving behind a legacy of kindness, loyalty and a gratitude for a long life well lived. Mom, you gave us so much and asked for so little in return. Your love was unconditional and our lives have been so enriched knowing and loving you. We shall miss all the stories that you recalled for us from the 90 years you spent on earth.

Mom and Dad were married in London, Ontario but after the birth of her first 2 children, Linda and John she moved the family to Toronto, where she had Michael, her 3rd and last child, as she was fond of saying one of him was enough. They lived there for many years. The family then moved to Burlington, Ontario where she lived till 2010 when she came to live in her adopted province of Nova Scotia, making Beaver Bank her new home.

Throughout the years, mom loved to spend her summer vacations at the cottage in Northern Ontario with her family and her many friends. Sundays would find Mom baking for her family and friends, she was an amazing baker especially her ice box cookies. She loved to get up early in the summer and would go to pick raspberries and strawberries to make her famous pies and jams, which her husband would give away. She loved to meet people wherever she went or worked. Mon had a great sense of humour and with the help of the internet she was able to keep up with all her friends and their funny jokes, which she loved to pass on.

In the early 50’s while Mom was busy raising a family she worked at “Fran’s” restaurant in Toronto. The 1St was on the corner of Yonge & Front St across from the CBC building where she met many celebrities who dropped in for coffee. Mom said that “Juliet” was as beautiful in person as she was on TV. The 2nd was on the corner of Church & Carlton St across from the old Maple Leaf Gardens where some of the hockey players came in for coffee. Dick Duff was one of her favourite's; he would make her smile no matter how bad the day was going.

In the early 60’s the family moved to Burlington. She started to work at the IGA and in 1962 Mom was named “queen of the super market checker-cashier” in Ontario and the Canadian region. She was chosen by a board of judges who meet in Chicago to review candidates from 3000 super markets in the United States and Canada. She was selected as the 1st Canadian by the board of judges to receive the “CHECKER OF THE YEAR AWARD” in Canada. Mom was flown to Chicago for a weeklong celebration with the American candidates. While in Chicago Mom was wined and dined, seeing all the sights that Chicago had to offer, but the crowning glory for the week was attending 2 plays. Mom worked at the IGA as a customer service manager for the next 30 years till she retired. In that time she developed a vibrant passion for travel and had time to go on cruises Spain was one of her favourite places but no matter where she traveled she loved to tell us in great details about her adventures and the many interesting people she met.

When the last of us children left home in the early 70’s, Mom now had time for her 2 great passions, the theater and Vegas. She loved to get dressed in evening wear and go to the Royal Alex Theater in Toronto for stage plays and the ballet and intermission wine. In 1972 she started to go to Vegas with her friends / co-workers and family members, which she did yearly till 2010. Mom was very lucky in Vegas, winning her entire trip on the slots. As mom said, they were the magic years and she saw all the great stars of the time. Frank Sinatra was her favourite artist, she always had a front table to watch him perform.

Mom then came to Nova Scotia, her adopted province, to live. Not a person to sit at home she joined the CROWN JEWELS of CANADA SOCIETY and over the next 5 years she enjoyed the many outings and friendship of the people she meet who made her feel right at home in Nova Scotia. Mom loved to go to the Sackville Super Store Mall just to say “hi” to everyone each visit. Mom did not forget her home province of Ontario, and that showed in her support of the Toronto Blue Jays and the Maple Leafs. She would watch them play on TV and could be heard, giving the coach instructions on how to win the game they were playing that day. Mom never lost her passion for current affairs or politics. Each morning she would read the paper from front to back while drinking her morning cup of coffee with Baileys. Each evening at supper time with Sinatra playing in the background she would discuss what she read in the paper while sipping a glass of white wine while her son cooked supper.

One of the high lights of her stay in Nova Scotia, which she liked to tell all her friends, was when The Honourable Percy Paris MLA, at the time, for Waverley-Fall River-Beaver Bank, knocked on the door and personally gave her a congratulations from the government for her 85th birthday. They spent a great time talking about the Nova Scotia government and the world in general.

Edna was predeceased by her loving husband, John, of 60 years, sisters Agnus and Molly and brother, Stuart.

Mom, we will carry you with love in our hearts always

Online condolences can be made to: 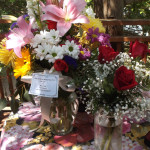 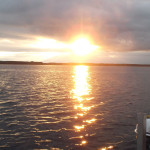 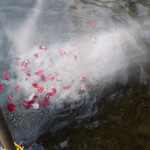 Mike---I was so sorry to hear of your loss. I have fond memories of Edna with her telling me, when I was bad, she would " cut my water off". I was never sure what that was, back then, but it made me pause in confusion. During the Northern Pine cottage years, Edna and my mom would always make "drinking dresses" for the big birthday party each year for my dad and Nessie.
- Mark
Mike and Jennie I just heard of Edna's passing and we were deeply sadden. I only met her a few times but I could tell she was a super nice lady. the animals will miss her as she did spoil them so we send our condolences.
- Liz and Ben
Hi Jennie----So sorry to hear of Edna's passing---thoughts and prayers are with you and your family at this time.
- Donna Stevens
Michael I was so sorry to hear about the sad news of your mother. The few times I met Edna she made me feel right at home, she kept telling me how much I looked like Jennie, we both would laugh. I do not know if that was a good thing or not Your brother in law Wade
- Wade
Dear Michael and Jennie May the wonderful memories of your mother's love, be with you and comfort you at this time. All Our Love Aunt Marg and Family
- Marg and family
Michael and Jennie May your hearts be comforted in knowing that you have many happy memories to turn to at this sad time. Each member in the chapter has many fond memories of the good times we all shared at our get togethers, she will be missed. With Deepest Sympathy The Amethyst Angels
- Diane
Michael and Jennie We are thinking of you at this sad time, wishing you comfort in the days to come. Edna was a very dear part of our chapter, she was game for all the crazy things that we planned as Crown Jewels, it just won't be the same. love The Dazzling Diamonds Crown Jewels
- Lorna Tufts
Dear Michael and Jennie With sincere sympathy, we were so sorry to hear about the loss of Edna. We so enjoyed the many gatherings at your house with Edna. Erv loved to tell her about how good the car was working after all these years.
- Lorna and Erv
Jennie We were so sorry to hear about your loss. We shall miss her at our outings. Take care from the Silver and Gold Classy Lassies Crown Jewels
- Judy
Dear Michael and Jennie Our love to both of you at this time. I know that the wonderful memories you have of your mother's love will be a comfort to you at this time
- Donna and Scott
Michael and Jennie We were so very sorry to hear of the loss of Edna. Each time we open a bottle of wine we will remember her sitting there saying "this is the best white wine I have ever had". May all the memories you shared be a great comfort to you now and always
- Diane and John
Dear Michael and Jennie I shall miss her smiling face sitting across the table from me at our family gatherings, telling us stories about Michael growing up, all of which kept us in stitches. May you find comfort in the memories that are yours to cherish
- love Pat
Jennie and Michael So sorry for the loss of your mom. Hoping your treasured memories bring you comfort day by day
- Lois Field
Jennie and Mike My thoughts and prayers are with you during this difficult time. I shall miss seeing her especially at our Tiara days with tiara tucked into her red hair
- love Regina
Jennie and family I am so sorry for your lost. I loved Edna as a very dear friend. I will miss her at our gatherings. She was so much fun. Gladys
- Gladys
On behalf of myself and my family (including Lauranne,Mackie,Tammy and Shaune), I wanted to offer my sincere sympathies. We are sending all of our love and thoughts your way. Edan always greeted me with her warm smile at all family gatherings at Mike and Gennies.I always enjoyed the many wonderful conversations we had with her over the years.I've always wanted to believe that heaven is just a conversation away, and so to Edan we say; "Farewell dear friend. We wish you peace, Grace Fizzard
- Grace Fizzard
Jack and I are very sorry to hear of Edna’s passing.. we will miss her bright “hellos” and her beautiful red hair!
- Debbie April
Sorry for the loss of my Aunt Edna. She was always a little spit fire. Edna and my Uncle John, will always have a special spot in my heart, for spending time with myself when I was going through a tough illness. Always, a little space in my heart. Shirley Simser
- Shirley Simser