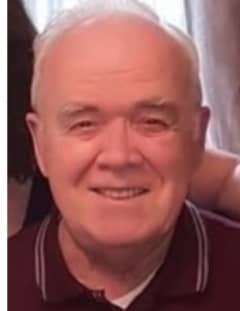 Robert D Gibson (Bob) age 88 years of Dartmouth passed away peacefully November 20th, 2019 at the Dartmouth General Hospital with family by his side. Born in Marysville, New Brunswick on May 29, 1931, he was the son of late Millan and Eva Gibson.
In 1952, Bob enrolled in the Royal Canadian Air Force. He enjoyed 26 years of service, with postings to Ottawa Ontario, Edmonton Alberta, Saskatoon Saskatchewan, Rivers Manitoba, Portage La Prairie Manitoba, Germany, Halifax Nova Scotia, and Borden Ontario. Bob started with the Signal Corps and remustered to Administration where he enjoyed working primarily in Hospital Administration. Upon retirement from the Canadian Armed Forces, Bob went to Loyalist College in Belleville Ontario, where he studied accounting and computer programming. On completion of his college courses, Bob received the position of hospital administrator in Marathon Ontario. Two years later, Bob received a better position as hospital administrator for the Hudson Bay Union Hospital where he was instrumental in getting a new hospital built for the town. Sixteen years later Bob retired and decided to go to seminary to become a lay minister for Lutheran Church Canada. Bob and his beautiful wife Hannelore decided to live in Dartmouth Nova Scotia for their retirement years.
In 1955 Bob married Thelma Young who sadly passed away at a young age. They had a daughter Sylvia who Bob dearly loved. In 1962 Bob met and married the love of his life, Hannelore and they would have two children (Angela and Susan) whom he loved very much. Bob was very involved with the community. He was a member of the Rotary Club and the Kiwanis Club where he would go regularly to schools in order to cook breakfast for the children. Bob was also very involved with the church. He created and taught the confirmation classes for the Lutheran church in Dartmouth. He also served on the board for the church. To Bob the most important things in life were, the Lord, his wife Hannelore, and his family.
Bob was predeceased by his parents Eva and Milan, brother Jenner, sisters Alberta, Virginia, Jenny and Madeline, first wife Thelma Young, granddaughter Wendy and son in law Ken (Hutch) Hutchings.
He is survived by his wife Hannelore, daughter Angela and her daughters Melodie and Francisca (Frankie), daughter Susan (spouse Lucas) and their son Robert (Bobby), and daughter Sylvia (spouse Glenn) and their children Luke and Bonnita (Bonnie).
Cremation has taken place under the care and direction of the Donald K Walker Funeral Directors Ltd, Dartmouth NS. A celebration of Bob’s life will be held 11:00 am Thursday November 28, 2019 at Church of Our Saviour, 255 Portland St., Dartmouth NS. Donations may be sent to the Heart and Stroke Foundation of Nova Scotia. Online condolences may be sent to www.donaldkwalker.ca

Our deepest sympathy to Susan, Luke and Bobby as well as to the entire Gibson family.
- Linda McAdam
We will miss you Bob, Our thoughts and Prayers are with Hannalore and family at this difficult time. Your friends Chris and Ed
- Chris and Ed
When someone you love becomes a memory, the memory becomes a treasure. sorry to hear about uncle bob
- bob parent
My condolences to you Angie and your family
- Brenda Nimmo
A life well lived! Sending our love and condolences. It’s sad for us here, but it is so comforting to know he is now rejoicing in Heaven. ‘Til we meet again. Colleen & Ken Rankin
- Colleen Rankin