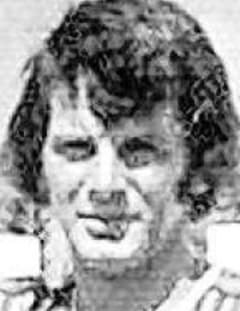 WENDLAND, Robert Louis Arthur, age 69, passed away at home on November 26, 2019. Born in Saskatoon, Sask., a son of the late Arthur and Petronella Wendland (Van Bergen), Bob moved to the Maritimes in the early 70s, living in Port Hawkesbury and Fredericton before settling permanently in the Annapolis Valley.

Bob began his working life as a manager for Wandlyn Inns and then spent many productive years as a manager for Wades Grocery Stores throughout the Annapolis Valley. He rounded out his years of toil at Thompson’s Moving and Storage in Middleton, NS. Both those who worked for and with him looked up to Bob. He had a knack for gathering people together.

Bob was loved and appreciated by his family and his many friends, who found in him a generous, funny, and easy going companion. He was a great cook (and made the best pancakes). He enjoyed doing crossword puzzles, watching nature documentaries, golfing, and drinking beer. He was an avid Maple Leafs fan, and was himself a standout defenceman in Maritime junior and local senior men’s hockey leagues in his day. He was also well travelled and had a worldly sensibility. Bob was unapologetic about his life and manner of living; you always knew where he stood and where you stood with him. He will be greatly missed by those who knew and loved him.

At Bob’s request, there will be no conventional funeral service. Cremation has taken place, and a Celebration of Life is planned for a later date. Bob’s family would like to thank his friends for their ongoing support. Online condolences may be left on this website.

I’ll always cherish all the sweet memories. I’m sorry for lost time. Hopefully we can make up for it one day. I love you.

To Timmy, Steven, Kristen and families. My husband and I were saddened to read of Bob's passing. We were very good friends when Bob and his family lived in Port Hawkesbury. Bob was Jerry's best man and we had our wedding reception at The Wandlyn which Bob managed. We visited Art and Nellie often as they welcomed us into their home. Tim, I'm not sure if you remember us, but we remember you as a younger brother with blonde hair. We live in Creignish, ten minutes from Port Hawkesbury so if you are down this way please look us up. Tim, I see from Bob's obit that you are living in Australia. My son and I toured Australia, especially NSW a number of years ago. We have beautiful memories and we along with the rest of the world are sending Prayers for rain. Again, we offer our heartfelt sympathy to family on your loss of a great guy! Jerry and Peggy
- Peggy Burke
My husband, Willie Sofan played defence with your dad in the Inverness County All-Stars back in 1975. Your dad was quite the skater and a fantastic defenceman, much respected by both his teammates and especially by the opposing players. Willie has often asked about your dad over the years but only found out about him today reading the obituaries in the paper. He was very sad and called a few of his hockey buddies to give them the news! Of course 5here was beer involved! We live in Inverness, Cape Breton, home of Cabot Links Golf Course, which is a Course your dad would have loved! If your ever down here, look us up. Any little girl of Bobby Wendland would be most welcome here!
- Barbara Sofan
Rest Easy Bob. We had a lot of good talks and laughs ! You were always a good friend. You will be missed !
- Philip Dukeshire
RIP Bob. Have lots of good memories on the ball field .
- Warren Armstrong