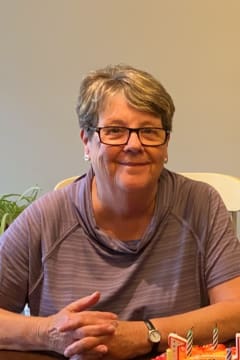 With broken hearts, we announce the passing of Deborah Esther Boutilier (Bailey) at the young age of 70 after a brief but courageous battle with cancer at the Victoria General hospital.

Debbie will forever be remembered by those who loved her for both her spunk and strength, but above all she will be remembered for her tremendous love for her family. She was considered the rock for her family and could always be counted on in times of need. Family meant the world to her and that was evident in the abundance of love and pride she had for her boys and grandchildren. She would tell you that becoming a Nannie was the best days of her life and nothing made her happier than spoiling all of them. Debbie was an avid crafter and loved to sew and spent hours lovingly creating special pieces that she took great joy in gifting to her family and friends. She enjoyed going for long drives with her beloved husband Alan and spending quality time with her many friends.

During her working life, Debbie had several jobs which included working for the IWK as a Lab Technician, Adesa Auction, and for Forbes Leasing.

She was the proud mother of Shawn (Donna), and Nick (Stephanie) and Nannie to Emma, Karli, and Aiden. She was survived by her mother Christina Bailey; brothers Bruce (Donna) Bailey and Andrew Bailey; and lifelong friend Paula Gaetz.

Debbie was preceded in death by her husband Alan Boutilier to whom she was happily married to for forty seven years, and her father Lionel Bailey.

Debbie’s spirit will go on in her children and grandchildren and will be never forgotten by those who knew and loved her. A private graveside burial will take place at a later date.