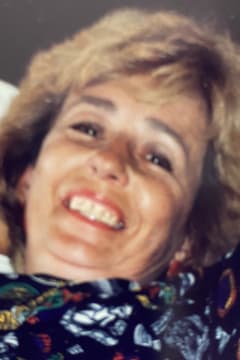 Janet was a woman of many talents which turned into great accomplishments. She inherited her mother’s gift for music and sewing which was instilled from an early age. Her five maternal aunts all took her under their wings, teaching her many life skills. Janet graduated from Secretarial School and secured her first job at the Dartmouth Free Press. She moved on to other adventures in employment ending her career as Sergeant in the Canadian Armed Forces as a Payroll Administrator. Janet had a zest for life and enjoyed taking on new challenges.

She married the late Judge William "Bill" J.C. Atton in1977 and enjoyed the multitude of interests they shared. They owned their own airplane, spent much time competing in trap and skeet, earning recognition for her skills. Janet was an avid golfer and historian at their winter home in Odessa, FL., where she spent every winter until 2020.

She was a beloved daughter, wife, mother, grandmother, great grandmother and friend to all.

We welcome friends and family to join us in a celebration of Janet’s life to be held on July 14th at 3 p.m. in Atlantic Funeral Home, 771 Main Street, Dartmouth.

In lieu of flowers, a donation can be made to Heart and Stroke Foundation of Canada.