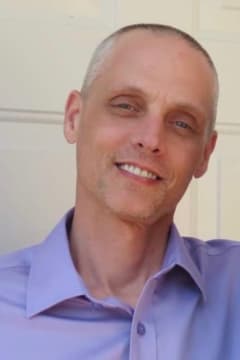 Age 53, of Conrod Settlement, NS
It is with heavy hearts that we announce the sudden passing of Michael on Friday, May 28th 2021 at his home. Born in Montreal to Richard Drury and Cathern Harrison-Drury of Montreal. He was a Master Sailor in the Navy for over 13 years. He enjoyed a good cup of tea, a cold coke and Coronation Street. He had a love of all electronics. A die hard Montreal Canadiens fan and his favorite place to eat when he went home to Montreal was Lafleur’s. When it came to Christmas there was no one more excited to jump on your bed at 5 am and tell you Santa came.
Besides his parents he is survived by his common-law wife Shelly Benoit-Given, beloved Stepdaughter Kaitlyn Given at home, Stepson Sean Cook, Alberta. His amazing children Christopher, Ontario, Jared and Lauren at home. Also his children’s Mother Stephanie Corbett-Drury, Cole Harbour. Brother Stephen Drury and wife Panayiota (Peggy) Liakopolous, Montreal. Nephew Alexander and nieces Ekaterini (Katie) and Isabella. Aunt Maureen Harrison Sey (John) Quebec. Uncle David (Jeanie) Harrison, Alberta. Also all his extended family in Montreal. Mother-in-law Olivia Benoit, Grand Anse. In-laws; Stephen (Bernice) Benoit, Louisdale. Stacey (Doug) Bartlett, Truro. Shawna Wade, Halifax. Shane Benoit, Grand Anse. Also, many nieces and nephews on Shelly’s side of the family.
Dad always made our holidays extra special. Taking the time to decorate for all occasions especially our Birthdays where he would make specialized cakes for each and every one of us. Making every year better than the last. He was always a silent guy unless we were watching a movie together, then there would be laughter through the whole house no matter how many times he watched it.
There will be no viewing and the service will be held at a later date once Covid restrictions are lifted. As per Michael’s wishes he will be buried at sea. Online condolences may be sent to the family by visiting www.donaldkwalker.ca 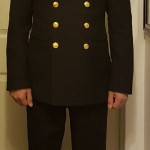 Shocked and saddened to learn of Mike's passing. He was my former neighbor and friend, we had a lot of great chats while our children played together at each other's houses. Great loss for sure! Sending my deepest sympathies to Christopher, Jared, Lauren, Shelly and Kaitlyn.
- Sherri Mitchell

Mike was one of my oldest and dearest friends, and I just cannot imagine a world without him in it. Mr. & Mrs. Drury, Shelly, kids....my heart aches for you and what you are going through. You are in my prayers. Xoxoxo
- Sonia Calcagni

May the wonderful memories you all have of your time together bring some comfort to you at this sad time. You will be in our thoughts and prayers. Shelly, I am a call or message away. Jennifer and Corey
- Jennifer
Very sad to learn of Michael's passing. Drury, as I always knew him when we sailed and worked together, was an excellent man. A very hard worker, he liked to have his fun as well and he was always the first to step up to lend a hand to a fellow sailor in need. He was a tremendous example for us all. Fair winds and following seas my friend. Jerome Mitchell
- Jerome Mitchell
Shelley, I was so very sorry to hear of your loss. My deepest sympathies to you and your family. - Tracy McPhee
- Tracy McPhee
Sorry for loss Shelley and Katie! Our Deepest Sympathy Sandra and Dale
- Sandra Burke
We were sorry to hear about Michael.Our thoughts are with you all at this time.May your memories of Michael bring you comfort. Agnes ,Sharon and Karen.
- Karen

My heart goes out to you all. My deepest sympathy. Sending you all hugs.
- Karen Hamill

Mike was one of the nicest guys to work with back in his Superstore days. Our prayers and hearts are with his family.
- Karen Collacutt- McHarg
Shelly, John and I wish to express how sorry we are to hear of your sad loss. Having not met you, in no way diminishes the way we feel. We have fond memories of Michael's early years and the happy family occasions they entailed. May your memories together help you through this difficult time. Aunt Maureen Sey
- Maureen, Sey
Shelly I am so sorry to hear of your great loss,sending my prayers and thoughts to you and all of the family
- chris ervanowitz

Dear Shelly and Katie My heart breaks for you both. I wish I could be there in person to offer my condolences. Please know I send them with my love. My thoughts and prayers are with you always. Kenny
- Ken Nickerson

Michael will be greatly missed by all of us. He was a wonderful father to Christopher, Jared, Lauren and Kaitlyn and a loving partner to Shelly. I will cherish the memories I have of our time together. Mike, you will be in our hearts forever.
- Stephanie Drury

Lauren my darling I have no words to express how truly sorry we are to hear this devastating news. Radwain's heart is breaking for you and we are at a complete loss in how to help you through this difficult time. With all our hearts know that we as an entire family are here for you for anything you may need. We love you and are sending the biggest hugs your way until we can one day hug you in person. He must have been a wonderful man to have had a hand in raising such an incredible daughter. Much love sweetheart from all of us xo
- Stephanie Gaetz

I am in shock and disbelief! My heart goes out to all of his family. Mike worked for me at the NOC. He was a kind, quiet, gentle soul and extremely knowledgeable. I am truly at a loss. my deepest condolences. Mike, may your light shine bright on the other side, Rest in Peace my friend!
- Bernice Murphy-Critch
Oh my Shelly, there are no words but I am so sorry for you. Biggest, gentlest hugs my friend xo
- Janice Gaulton

Shelly, my heart is broken for you and Kaitlyn. Sending lots of hugs your way
- Annette Macphail
Our sincere condolences to Shelley and family taken away way too early may he rest in peace
- Maureen and Jay

My heart is broken for you Shelly and all your family. Michael loved you, Katie and his kids with every facet of his heart. He will be with you always in the happy memories you have together. Sending you a virtual hug. Take care.
- Tasha Allen