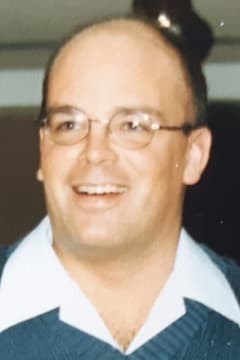 Tony has crossed the Rainbow Bridge to be with beloved pets, family and in the garden of his dreams. He died Friday July 24th, 2020 at the age of 55 in the Halifax Infirmary. He was the third son of Mary JOYCE Kiley and Kenneth William Kiley.

Tony was born June 14th, 1965 in Halifax but lived his early years in CFB Greenwood. At the age of seven the family made the grand trek back to Dartmouth in an Austin station wagon; in the days before seat belts. There were four kids, a dog, two cats, tadpoles and a pine tree in the back fold down seats.

He attended Saint Mary’s University to study Political Science achieving his Honours and later at Carleton University in Ottawa and St. Andrews in Scotland. Tony had a varied career path working at the Nova Scotia Legislature, as a re-enactor at the Halifax Citadel, Citadel Head Guide with Parks Canada, Nova Scotia EMO, and lastly with Transport Canada. Throughout, he served 32 years with the Canadian Army Reserve and the Air Reserve. His time with the Air Reserve included deployment to Swiss Air Recovery. He was awarded his Canadian Decoration and the Queens Jubilee Medal.

Tony enjoyed travel, history… especially 18th century naval warfare a focus for his studies, art …especially Kadlac, rose gardening, collecting books (too many buddy) and scotch, and most especially his beloved German Shepherds, Betsy and Brutus. He was such a sucker for a furry face he went out of his way to adopt two kittens found in a cardboard box in a ditch, one Mouse is still with family 16 years later.

Tony is survived by his mother M. Joyce Kiley for whom he cared for at home for over 15 years, by sister Beth Kiley of Dartmouth, brothers Patrick (Heather) of Calgary, and Colin (Nancy) of Dartmouth. His nieces Lauren Grace (Jon) of Halifax, Megan (Rowan) of Calgary and nephew Ryan of Calgary. His great nephew and special buddy Kinley, and super great nieces Ashley and Natasha. Tony was predeceased by his father Kenneth William Kiley, with whom he is now busy gardening.

Cremation has occurred. There is no service planned at this time due to travel restrictions on family from COVID.

Donations in Tony’s memory may be made to the Nova Scotia SPCA – PAWS Program. We cannot thank the SPCA enough for their assistance during his sudden illness. The family would also like to express sincere appreciation to the QEII Health Sciences Centre staff of 5.2 ICU, 3A ICU, 3IMCU, 8.4 and the Palliative & Spiritual Care Service during Tony’s illness. He was very grateful for your care. The family also would like to thank family and friends who rallied to help with other matters…you know who you are. You are all AMAZING! 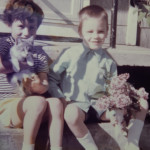 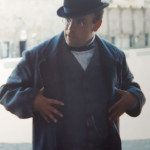 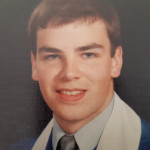 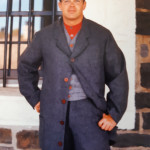 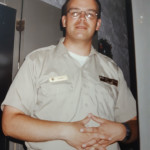 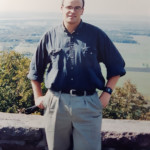 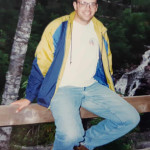 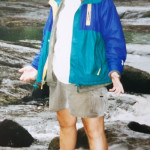 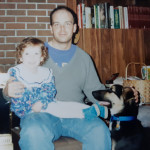 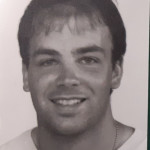 Tony's presence will be missed at the MSOC. I enjoyed our chats, augmented by his educated viewpoints and outlooks on the world. I was truly impressed by his devotion to caring for his mother and his two dogs and it goes quite far in illustrating his true and outstanding character. Deepest condolences to the family. RIP Tony.
- Jamie Foote
We were sorry to hear of Tony's passing. May God grant you peace and strength during this most difficult time. Hold on to the wonderful memories you have of Tony, we know there are many, they will help see you through. Rest in peace Tony. Charles and Linda Emerson
- Linda Emerson
So sorry to hear of Tony's passing,our sincere condolences to Joyce and family .RIP Tony
- Rita Roberts
I was shocked to hear of Tony's passing. I had the pleasure of working with him for about five years before I retired and he was always a welcome visitor to my little cubicle. I didn't often see him after I retired but occasionally ran into him at Starbucks which allowed us to sit down and chat a bit and catch up on news. We shared a love of dogs, of history, and of scotch of course. I'm so sorry to hear that he is gone. Rest in Peace my friend and enjoy your reunion at the Rainbow Bridge.
- Peter Bartlett
Tony was a very kind person, incredibly bright, and he had a dry sense of humor I sometimes did not always manage to keep up to speed with. I worked with him on projects from time-to-time and I very much enjoyed our time together where I learned a great deal about the world through his eyes. I also relied upon him heavily to help me in my work for Transport Canada. He will be missed. Condolences to the family. Rest-in-Peace Tony.
- John Trainor
So saddened about Tony's passing. I too was a work colleague and will miss our chats. My condolences to the family.
- Heather Innis
I worked with Tony over the past several years and got to know him through long talks about work and non work topics. We shared a love of animals and long words. I think we tried to outdo each other in using obscure but grammatically correct words in ever expanding sentences. Sadly I didn't know his love of Scotch or it would have made yet another bonding point. A truly kind and gentle man, I will miss him greatly.
- Terri Whitelaw
My condolences to the family with Tony's passing. Tony was a work colleague and I always enjoyed the wide range of conversation and topics discussed when we had the opportunity to chat. Tony and I worked in different transportation modes; however, unfailingly, Tony always asked how my work was going, what was happening and never failed to bring to the conversation some aspect of my program or of the industry that related to my work to the conversation. I shall miss Tony and our conversations.
- Barry Stubbs
I am very sorry to hear of Tony's passing. I first met him when he started at the Citadel as a guide and I have many cherished memories of our time together. Tony was one of the most intelligent and funniest people I have ever met. My condolences to Mrs. Kiley and the rest of Tony's family.
- Eric Nielsen
I met Tony when he came to the Air Reserves in the late 90s. We immediately bonded over scotch, cigars, chicken wings, history, and long chats over many, many coffees. He was a great friend who is gone far too soon - we had so many chats left to go. In recent years we always made sure to connect whenever I came back to Halifax or when he came up to Ottawa. We shared a love of dogs and animals in general, and we solved many world problems over the years. I will miss him greatly, but I'm glad that he's free of an awful disease that took him far too soon. Rest In Peace Tony.
- Don McLeod
My condolences on Tony's passing. We met in Grade 2 and he gave me a copy of Lord of the Rings for my 13th birthday. A book I still have. Tony's mom and their dog Flossie use to walk us home after school everyday. Fond memories. Rest in peace Tony Steve Seward
- Steven Seward
Tony was a kindred spirit. I will miss working with him and hearing him go on and on (and on) in his brilliant fashion about a wide array of topics that were, quite often, above my head. I learned from him and will treasure our last conversation with one another forever. RIP, dear friend, I miss you.
- William Duncan
I was incredibly surprised and saddened to hear of Tony's passing. He was a long time member of our work family in MSOC and a dear friend. He always made a morning stop to have a chat about his Shepherds Betsy and Brutus and check in on how it was going with my brood of Shepherds. He would always leave a peppermint tea and a Walkers Short bread on my desk when he thought I was under the weather. His compassion, company and office humour will be missed greatly. Sincerest condolences to the family; he was a caring and wonderful person. I hope he is happily sharing tea and shortbread and talking the ear off all the other folks in heaven. RIP Tony.
- Heather Sherwood
So very sorry to hear Tony has passed....I worked with him for a little while remotely with MSOC ...always so helpful and with lots of advice...Rest peacefully and easy Tony..R.I.P..
- Ellen Pickett