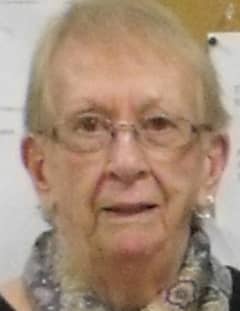 It is with deep sadness that John and his wife Aimee announce Tina’s passing.

Tina was the 16th and youngest child of the late Michael and Violet Lundrigan, Liverpool NS.
In addition to her son and daughter-in-law, she will be immensely missed by older sister Ruth (Snow), her best friend and partner-in-crime, Lorna Lannon, as well as numerous nieces and nephews.

In addition to raising her son on her own, she opened her doors to many others who needed a home. Tina's generous nature and open-door policy made her house a second home to many of her "additional kids", all of whom mourn her and feel blessed to have been part of her extended family. Anyone who walked through her door more than twice was family, food was always shared to anyone who wanted some, and her opinion was shared whether you liked it or not.

She will be remembered for her acerbic wit, her prowess in the kitchen and her ability to complete the Sunday Times crossword in pen. Tina was a fashionista who loved good food, good drink and great company. She had an uncanny ability to tell it to you straight while still making you feel loved and supported. Right until the end Tina was the embodiment of strength and determination, and anyone who has known a Lundrigan knows that stubbornness is in their blood.
Please donate to the Dartmouth General Hospital at: https://www.dghfoundation.ca/donations/donations 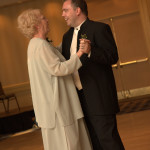 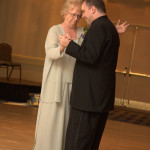 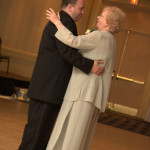 Tina was a loved and appreciated friend. She would always give her point blank opinion positive or negative with good intentions. She was always welcoming to company and discussion. She will be missed.
- Alana Bird
The pictures I put in the Photo file are some of my favourites from John and Aimee's wedding. It sure looks like Tina was giving John some wonderful advice. When I asked her about that, she just laughed and said she was probably singing.
- Ruby Watson
The time I had with Tina was not as long as others but I enjoyed every moment. I will always cherish the memory of the day we worked together on the collage for Aimee and John's wedding. We shared a bottle (or two) and laughed at the similarities of things our kids had done and that we actually had photographic evidence. I will miss my occasional chats with Tina and our wonderful annual Boxing Day "Christmas Dinner" that she would never let me help with. Rest well my friend, you were truly loved and will be missed.
- Ruby Watson
It is with heavy heart that I am saying good bye to my Aunt. I was so lucky to have been at home in September to talk with her after many years of not seeing her. I have a very special memory of her from the time I was a young girl. I will carry this memory with me for ever. John Christopher, you hard a great mum who fought many battles and won most of them. My thoughts and prayers are with you , your wife and Aunt Ruthie.
- Ellen MacDonald
Tina was a wonderfully welcoming person who offered me a place in her home for a short time, but will be long remembered with gratitude and thanks. My condolences to JC and family
- John Wolfe