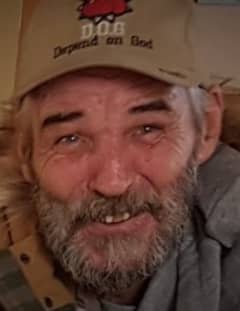 Chris (59) passed away March 11, 2020 at Dartmouth General Hospital with his mother by his side from aspiration pneumonia brought on by complications of past cancer treatments. Chris was born in Halifax.

The son of Willa (Dockrill) Thompson and fathers, Joseph Logan (deceased), Douglas Hatt and Harold Thompson. Chris was big-hearted, fun-loving and in his day, the true life of the party. Chris' early years included working at Supreme Windows and Alberta Honey. He also married his high school sweetheart, Lynn. Although Chris lived a difficult life, struggling with two separate cancer diagnosis and schizophrenia, he never gave up or stopped looking for the next bit of fun to be had. He found strength in his belief in God and liked to share his belief with everyone he met, whether others wanted to hear it or not. Chris had a gift of connecting with people around him and maintained many lifelong friendships. Schizophrenia changed Chris’ behaviour and relationships were often strained as a result. He was quick to give a helping hand to his fellow man, even handing over his last possession when he had one. He would open his door to welcome those who needed a place to stay. He will be missed by many but especially his mother who was his rock through the many challenges that came his way. Chris is survived by his children; Christa and Adam (Anna) and their mother, Lynn MacKay, six grandchildren, siblings; Charles (Darlene), Darcy (Christine), Kirby (Twyla), Craig (Lynette), Kevin (Andrea), Susan (William), Heather (Hardy), Shawn (Shelly), Brent and Gordon along with many nieces, nephews, aunts and uncles.

The Celebration of Life will be rescheduled to a later date. Donations can be made to Shelter Nova Scotia.

So very sad to hear of Chris's passing. I knew him for many years and we had many talks about the Lord, he was an inspiration to everyone who knew him. May you rest in peace my brother.
- Ken Farrell
I deeply sorry to hear, Chris passed away. I have know Chris for many years. At that time he lived on Pleasant Street, the Twin Oaks. Chris was a good person but sometimes we all go down the wrong path in life and get so far that we can't come back from our illness. My heart goes out to all his family, just remember he's only away, and in our hearts the memoirs stay. So every time you feel sad, look into your hearts, he'll be there, he's only away. May God be with you in this sad time in life. Deepest Symphony Love Gail P.S Due to the out break of COVID-19, I will not be able to attend services, with deep regret and condolences Gog Bless you all, thinking about you in this difficult time
- Gail Bezanson
So saddened to hear of Chris's passing. He had such a big heart. Every time I ran into Chris he was always smiling and so thoughtful; asking after the welfare of his old friends. Condolences to his mother and family.
- Kathy Martin
George and I would like to offer our deep condolences to his family and friends.
- Bernice Arnold