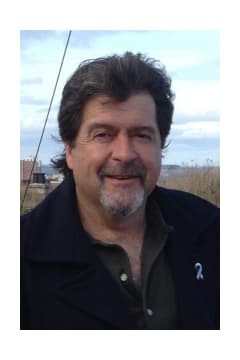 It is with a heavy heart I announce the passing of my husband Cyril Eldon Norris. Cyril is survived by his loving wife Jude, step son David Andrew, mother Karralee Norris, his dear aunt Elizabeth Frank, sister Liz (Brent) Woodhouse, brother in-laws Doug (Lainey), Terry (Sylvia), Bruce (Irene), Nephews Robert (Amy), Jeffery (Tracey), Jason, and nieces Caitlin (Jordan), Carla (Brian) whom he loved dearly. He is predeceased by his father John Norris. He battled a fierce fight with cancer, and is finally at peace. Cremation has taken place and a memorial will be held at a later date. Thank you to the 7A Palliative Care team at the Victoria General, and all of the nurses and doctors who were part of Cyril’s fight.
In lieu of flowers, donations can be made to the Canadian Cancer Society, The Terry Fox Foundation, or the Dartmouth SPCA.

Oh karralee I’m soo sorry to hear about Cyril- he was a great friend of mine growing up and he will be dearly missed. Condolences to his wife and family - ❤️
- Elaine Francis