be determined. Online condolences may be made through Donald K. Walker Funeral Directors Ltd., Dartmouth. www.donaldkwalker.ca " />
Skip to content 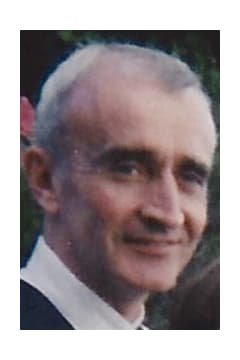 LAYDEN, Daniel Patrick - Son of the late John and Patricia (McHugh) Layden (of Elgin, N.B.), passed away Saturday, July 21, 2018 in QEII Health Sciences Centre, Halifax. Born in 1954 in the Hotel Dieu Hospital in Moncton, N.B., Dan had been a long-time Halifax resident. Dan attended Petitcodiac Regional High from which he graduated in 1972. He graduated from UNB in 1978 and spent most of his working career with ATV in Halifax as Program Director. He retired several years ago. Family was an important part of Dan's life. He is survived by his sisters, Diana (Norbert) Durant, Dartmouth; Patty (Dave) Ash, Hampton, N.B.; and his brother, Jack (Margi) Layden of Riverview, N.B. He was predeceased by his brother, Bill (Brenda) (of Fredericton, N.B.). Dan is survived by his nieces, Melissa Durant, Kelly Layden (Kevin), Amy Ash (Alex), Emily Layden-Poirier (Mathieu); and nephews, Norbert Durant, John Layden (Heather), Jesse Ash (Kathryne), and Willie Ash (Amanda); as well as several beloved great nieces and nephews, Sam and Connar McWhirter, Aiden Peron, Maddie Layden, Rhéa Poirier, Everett and Baby Ash. Dan also had a special relationship with the Walkers' of Fredericton; Jill, Chris, Sage and Eve as well as Rebecca (daughter Aubree) and Julianna Nickerson, daughters of the late Chris Nickerson. Dan was a man of many interests and a man of many talents. He loved reading, movies, long walks and clothes. He was an accomplished artist, photographer, gardener and a "chef extraordinaire". He did things with a style and flair that set him apart. He was generous to a fault. He loved sharing information with others and whether it was about a book, a movie, cooking or some other subject that had caught his fancy, his eyes would light up as he excitedly shared his knowledge. He had really taken his cheesecakes to another level. From the time that Dan was a young boy in Elgin, he enjoyed long walks through the fields and woods. The love of the long, solitary hike continued through his life. He believed, as Henry David Thoreau wrote, "An early morning walk is a blessing for the whole day." Well, Dan has taken his final walk, and we can only hope that what Thoreau also wrote is true: "I took a walk in the woods and came out taller than the trees." Peace to you, brother. Cremation has taken place and a private family gathering will follow at a time yet to

I worked for many years with dan and hung out with him. He was the kindest person I have ever met, He love to dress well and make the greatest meals. He was just himself
- wanda macleod
My sincere condolences to all of Dan's loved ones. Dan and I were roommates for a year in Jones House, UNB. We then lived in the infamous apartment on Regent Street with a few other fine young gentlemen. Unforgettable times and an unforgettable, truly unique human being.
- Kevin Hudgins
Patti and family, I hold you in my heart with prayer. Wonderful memories make me smile as I think of drama and the fun we had in high school. God will give you the strength you need to let go and the peace and comfort to continue living and your precious and wonderful memories will keep Dan just a thought away.
- Debbie Dell
I haven't seen Dan since the late 1970s but I have solid memories of him. A few of us, including Dan, shared an apartment on Regent Street while attending UNB in Fredericton. He is one of those characters who never fades from one's brain. Thoroughly enjoyed the limited time I spent with Dan. Condolences to his family.
- John Christian
Patty and family-May your memories be your comfort.I have nothing but fond memories from high school of Dan.An interesting conversationalist with such artistic flair and such a gentle soul-Rest In Peace my friend-Pat Robinson
- Pat Robinson
Our thoughts are with all of you at this difficult time
- Elsie Steeves
Grew up together with Dan in Elgin, and lots of interesting times at UNB as well, memories that just don't fade. Dan would have loved this version : https://youtu.be/JrdEMERq8MA RIP Dan
- Dwight Geldart
I am very sorry for your heart breaking loss. Dan's passing truly saddened me. I worked with Dan for many years. He brightened every day. Never an unkind or negative word. Always up beat so it was always a joy to see Dan in the office or hallway. And, Dan had flair. When ever there was an event or special day around ATV - CTV, Dan was there with special treats and appropriate attire. He had class. I will miss him and so will other colleagues. You won't hear an unkind word about Dan. Only affection for the kind gentleman he was.
- Rick Grant
Sending my love and condolences to all the family and friends of Dan. He was a wonderful guy and I have many wonderful memories of his fabulous cooking , his talent for art and his attitude of fun and generosity for his family, friends and for life itself. He will be sorely missed. Rest in peace, good friend.
- Sharon Layden
Sorry about your loss. Please accept my sympathies.
- Sean Layden
My condolences to the Layden family. I worked with Danny in his earlier years of television at CBC in the lighting department . Danny was professional at his job, and had a great flare for life. He will be missed by all his friends at CBC.
- Charlie Dort