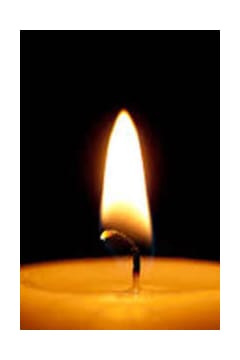 Donald Alfred Bezanson aged 71 passed away February 11, at home in Halifax. Born in Berwick he was the partner of A. David Monbourquette for 51 years.

As per Don’s request there will be no funeral or visitation.
Cremation has taken place under the care and direction of Donald K. Walker Funeral Directors, Dartmouth. Donations in Don’s memory can be made to Bideawhile and would be appreciated.

My sincere condolences on the passing of your life partner and soul mate. I worked with Don at Sears.Don was so artistic. I look at my picture often, he gave me as a gift. Sue Pelrine
- Sue Pelrine
David I am so sorry to hear about Don . I worked with him for many years he was a VERRY caring person . He will be deeply missed. Joan
- Joan Stone
David and family, so sorry to hear of your loss. Hope you gain comfort from the many memories you made while sharing so many years together. Grace Mombourquette
- Grace Fader
Dave, I am so sorry to hear about Donnie. I am thinking of you and the families and the fur babies who I know will miss Donnie also. Big hugs Dave. Xo
- Sherry leroy
My deepest sympathies for David and all families.
- Wanda
I new Don from Sears and always admired hls ability to do everything to perfection. He was so talented and made the best cakes. I didn't know David but new that they were devoted to each other. Rest in Peace Don
- Helen
Don was the best brother in law ever and well loved by everyone. He made the best and tastiest birthday cakes for my sons when they were little. He also took very good care of my brother David and for the past years David took very good care of him. They were a wonderful caring couple. Rest in peace Donnie , you have earned the rest.
- Leona Gilbert