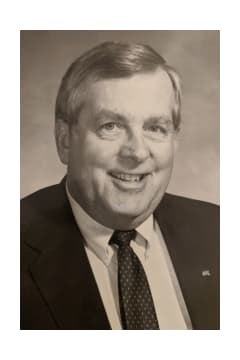 Obituary for Dr. Charles A. Griffith

Dr. Charles A. Griffith, 89, passed peacefully December 22 with children and friends by his side. He grew up in Dartmouth and was very active in swimming, in music as a drummer and in paddling and dancing at the Banook Canoe Club. He was a competitive swimmer and swimming instructor and attended the first swimming and water safety classes given in Nova Scotia. During his high school vacations he directed the former Dartmouth Swimming Pool which was situated where the Leighton Dillman Park is now located. He was very active in the Halifax YMCA and after high school graduation was accepted as a Fellowship Student with the Halifax and Montreal YMCA’s while he attended McGill and Concordia Universities. During his summer vacations from university he served as Waterfront Director of the Halifax YMCA Big Cove Camp in Pictou County. It was there that he started his lifelong interest in the natural world.

Upon graduation with an undergraduate degree in sociology he accepted a position with the Toronto YMCA and subsequently with the Saint John and Moncton YMCA’s.

In 1960 he accepted a position with the Nova Scotia Department of Education. During his tenure there he was granted an educational leave and completed both his Master’s and Doctorate degrees from Indiana University. He left the Department to accept a position as Chairman and Professor with the newly formed degree program in Recreation and Leisure Studies at the University of Waterloo. While looking for teaching tools for his students he became interested in photography. He he went through five digital cameras as one of his favorite pastimes is shooting seascapes in his native province.

In 2011 the University of Waterloo established an entrance scholarship in his name and in the names of two other professors who had helped establish the new degree program in Recreation and Leisure Studies. The scholarship, known as the Founders Scholarship is available for first year students with high academic standards and a history of volunteerism in community events.

During an educational leave to complete a textbook in Toronto he accepted what was to be a short term research position with the National Office of Boys and Girls Clubs of Canada. After three months however, he was offered and accepted the position of CEO of this national youth serving organization. He remained with them until his retirement. Upon retirement he moved full time to his cottage which he owned for 25 years on Chandos Lake, north of Peterborough.

In 2009 he returned to his hometown of Dartmouth and moved into Parkland Estates.

He is survived by his sister Betty Otto and his three children, daughter Susan Gunter (Henry), their two children Sean and Claire, his son Peter Griffith (Pasha), their daughter Parris, his son David Griffith (Nicola) and their children Isobel and Duncan.

A Commital Service will be held at St Hermon Cemetery December 30 at 11:00 AM.

I have great memories of Chuck at the Halifax Y and saw him a few times after his return to NS.He was always a warm,friendly person.He had a good and varied career.My condolences to his children and family.
- Peter Green