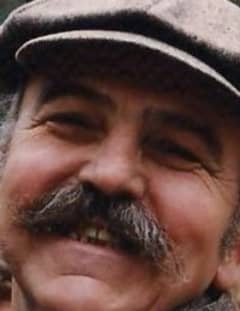 Age 91; with his loving wife by his side, Frank’s life came to an end on August 14, 2019.
Born on May 12, 1928, Frank grew up in Griffintown, a poor Irish neighborhood in Montreal. He gave credit to his modest upbringing in shaping his character. Frank was a ‘bigger than life’ character; unabashed, with a great sense of humour, and the ability to converse with anyone. He loved people!
Frank valued education. His ‘return on investment’ in education was three degrees, including a M.Sc. from Clarkson College of Technology and a Ph.D. in Accounting from Penn State. Prior to becoming a professor, Frank earned his Chartered Accountant designation and worked in industry, accumulating many interesting and funny stories that he incorporated into his teaching. Between 1978 and 1993, Frank taught at Saint Mary’s University and formed lasting bonds with many colleagues, students, and staff.
Frank loved sports and in his younger years excelled at football and hockey. He played ‘Sunday Hockey’ for over 25 years at SMU and hung up his skates at 80! Frank loved the comradery and was a beloved member of the ‘gang’.
The most important asset of Frank’s life was his family. He is survived by his wife of 68 years, Joyce; daughters, Deanne (Bob) and Karyn; son, Don (Karin); and his beloved grandchildren: Michael, Katherine, Paul, Julian, Danielle, and Andrés. He was predeceased by his sons, Michael and Frank.
Thank you to the 5th floor staff at St. Vincent’s Nursing Home for their care of Frank during the past year.
A Celebration of Life will be held on Sunday, September 1, 2019 from 2:00 pm to 5:00 pm, Unilever Lounge, 4th floor, Sobey Building, Saint Mary’s University. All welcomed to attend.
Arrangements have been entrusted to Donald K. Walker Funeral Directors Ltd.

His last few months at the Saint Vincents was my first few months as a CCA. Thank you Professor for giving me a chance to get to know you, thank you for all the laughter that you’ve shared with us. I miss it when you say “Jesus Murphy”! You will always in our hearts Frank, we miss you!
- Maricel Roxas
He brought good feelings all around by his presence at Saint Mary's. I will miss him greatly. RIP.
- Pyare Arya
On August 14/19 the world lost a character like no other. My first encounter with Frank was over 40 years ago and led to his "Sunday Morning" Hockey journey. There are many stories of Frank's dressing room antics. He was admired and loved by all of us. In 2006 the Spirit of Frank Dougherty award was introduced to Sunday Hockey. When the award is presented yearly to a deserving recipient, a script is read. The following is part of this script. In 1982(?) or there about, the most memorable character of all joined the ranks of Sunday Hockey. His name, non other than Frank Dougherty, an Irishman from Montreal's Griffin Town.Frank made hie presence felt immediately, both on and off the ice. He told more stories than Don Cherry. He became a dressing room favourite with everyone. Sunday mornings were not the same if Frank was not there. There were those of us that only came some Sundays, just because Frank would be there, When Frank was nearing his 80th birthday, he hung up the blades but continued his treasurer duties, often paying himself for a few that were financially strapped. This trophy is not to be taken lightly and should only be awarded to an individual that brings a sense of camaraderie to the dressing room on Sundays and has a positive influence on the room. Although there will never be another Frank Frank Dougherty, it is hoped that his Spirit will always be with us as long as Sunday Morning Hockey Continues. Frank Dougherty was my friend and I am a better person for having known him. Rest in peace Frank. I will miss you. Condolences to Joyce and all the Doughertys. Paul Puma
- Paul Puma
Knew Frank for many years, later his son Don taught an accounting course I was in. Fond memories all from the hockey rink. Tim Harris SMU Hockey 1989-1996
- Tim Harris
Frank was such a special friend from our cottage times at Canoe Lake. Please accept my sincere sympathy.
- Eva Mae Gray
Dear Frank, I have such fond memories of you both from my days as a student and later as your colleague at Saint Mary's. I know you will be telling stories in heaven. God bless! XO Tammy
- Tammy Crowell
Frank my buddy I will miss you. You always would say "I remember you. You have such pretty hair" I would then reply so do you. Then we would both laugh. I will nice our conversations about your mom and Joyce. I know that you are now in really good hands. To Frank's family know that he loved you all very much he spoke of you often. God Bless
- Kim Loppie
My first memory of Frank was when I was a (returning to learning) student at SMU who found myself in his graduate accounting class - and I had no background in accounting. I asked him if he could recommend anyway that I could get up to speed so that I wouldn't fail his class. He handed me an accounting text that seemed like it was three inches thick and he said; "read this for Monday." I didn't read it all for Monday but somehow was able to pass his class. Years later I was hired as limited term faculty and came to know Frank (with his constant companion - his pipe) much better. "Jesus Murphy" indeed - he was a character, and he was a professional. The imprint he had on countless students is immeasurable. My condolences to the family. Andy Cochrane
- Andy Cochrane
Loved this guy. He would always ask for someone to take him home and I always told him at the end of my shift. An hour before my shift would end, I would take him down on the elevator to shred important documents then would either go outside for a walk or sit in the Windsor Rm where other staff were having their lunch.. Frank always thought it was a board meeting going on. He was so comical. He would be heard saying "Jesus Murphy" and it was the first time I heard that saying. I would also have him to do up our taxes at work (not the real ones, but he thought it was) Will miss this big guy, he truly was a gently soul. Love, prayers and condolences to the family. xoxo
- Edwina Donovan
I fondly remember Frank from his years at Saint Mary's University, during which I was a professor of Anthropology. He stopped by my office frequently to share a smile, a joke, and his son's interest in anthropology. He was always a pleasure to encounter and shed positive light in the world. Dr. Paul Erickson Professor of Anthropology (Retired) Saint Mary's University
- Paul A. Erickson
WhenFrank took Karyn and I for a spin in the little Convertible is one of my favourite memories. We went to Point Pleasant Park, along Lower Water St and eventually up to Mount Saint Vincent University. Good fun! I'll always remember his great stories, sense of humour and his laugh that made you laugh when you heard it.
- Judy Dow Clark