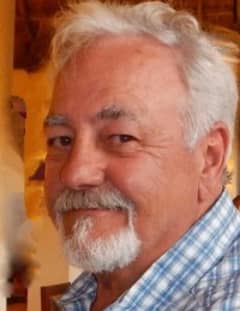 Age 67, of Lower Sackville, passed peacefully in the loving arms of his wife, just as he lived his life, amidst his family and friends.
Gary is survived by his wife of 35 years Barbara(Walters), son Colin(Pierrette), daughters Angela Andreas(Hall) and Erin Hall, seven grandchildren, Trinity, Connor, Kieran, Chase, Alex, Zoey and Alexander.

He is also survived by his mother Audrey(Barkhouse)Patterson, and brother Daniel.

The family would like to thank Dr. Bussey, the palliative care team and his nurses and at the QE2 for their exceptional care.

Donations can be made to the Canadian Cancer society in his memory.
Final arrangements by Donald K. Walker Funeral Directors

Barb I was sorry to hear about Gary passing away. Please accept my deepest condolences to you and the family.
- Edwin Balcom