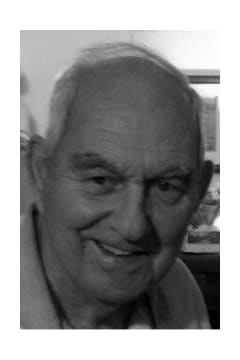 Age 89 of Dartmouth, passed away April 13/18, in Dartmouth General Hospital. He was the son of the late George Franklin Handspiker Sr. and Margaret (Mailing) Handspiker, survived by sister Diane (Wayne Lewis) of Digby, pre-deceased by sister Phyllis Chatterson-Handspiker and bother Larry. Born in Digby NS, in 1928, George was pre-deceased by wife Sherley Lorraine (Cleaves). Survived by sons: Steve (Diane) of Upper Economy, Robert of Dartmouth, George (Leslie Anne) of Liverpool, daughters: Joyce Perreault (Normand) and Katherine Steigenberger both of Grande Prairie. He is also survived by grandchildren; Bianca, Erin, Cheryl, Angie, Kenny, Trevor, Bonnie, Matthew, Michelle, Melissa, Nick, Ryan and Jennifer. A family gathering will be held on April 16th at 12:00 noon, at the Fairview Cemetery in Digby.
A special thank you to the staff of the QEII who took such good care of our father and the staff at Dartmouth General Hospital while he was there.

With sympathy to George's family from a fellow worker in the RCSME Records Office in about 1955. I also promoted George to WO when he worked in Halifax.
- Joseph Nagy
The Canadian Military Engineers extend to you and your family our deepest sympathies in your time of sorrow. Brigadier-General Steve M. Irwin, CD (Retired) Colonel Commandant of the Canadian Military Engineers https://cmea-agmc.ca/cme-family-last-post
- CMEA
Robert; Sorry to hear of your father's passing. Sincere sympathies to you and the family.
- Rodney Reid
Sorry for your loss. I delivered meals to George each Friday. He was always friendly and appreciative.
- Carol Ambrose
Very sorry to hear the news. Cherish the memories that made George special.
- Mal Mackinnon
Very sorry to hear about George. Have some great memories, hunting up the mountain, many laughs, and one particular political discussion. Steve will remember.
- Gord Marshall
I am so sorry to hear the news of George's passing. We became kindred spirits during our hospital stay and we shared many stories of our lives, the good times, the bad times and acceptance of our situations. He has a special place in my heart and I am further saddened that I had hoped to visit him at the rehab centre tomorrow as I begin my therapy sessions. He was a hard working man who provided for his family firstly which choices cost him dearly in personal experiences. He loved you all very much and was very proud of your achievements. My heartfelt condolences to all George's family during this sad time.
- Twiggy Langille
Very saddened to hear of your loss George was a good friend for many years just had coffee with him not too long ago. Please accept our heartfelt sympathy. The Wamboldts Pat and Al
- Al Wamboldt
I am very saddened to hear of your loss. My prayers are with you and your family during this time. May all your special memories keep him close to your heart. Please accept my warm and heartfelt sympathy. To Bob and brothers , may you remember your many fishing trips to Debert mountain .
- Vera MacCaul