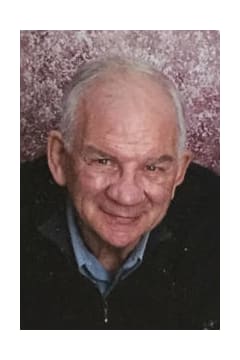 Although Jerry’s love of boxing took him to many big cities like Miami, New York and Montreal he was always the proud ambassador of the Maritimes. For over 50 years, Jerry was an integral part of the Halifax boxing scene, which led to his Boxing Hall of Fame induction in 1992, for which he was ever so humble.

Jerry will always be remembered fondly for his compassion and dedication to his family and friends. He was always up for a fun adventure or any sporting event.

Jerry was predeceased by his brothers Murray Fraser Jr. and Gary Fraser and his sister Marilyn White.

A funeral service will be held at the Lutheran Church of Our Savior, 255 Portland Street, Dartmouth on Monday, December 10th at 11:00am.

Special thanks to the staff at Parkstone for their exceptional kindness and compassionate care for the past 8 months. In lieu of flowers, donations may be made to Feed Nova Scotia. 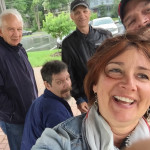 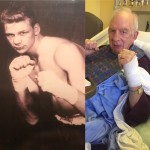 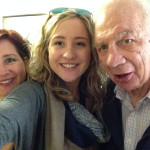 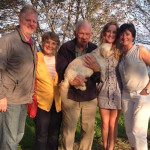 Dear Jean, Belinda, Mark, Grant and Randy. I just wanted to say that I am so sorry for your loss; how I wish I could have been there today for the service. Uncle Jerry was such a good man and he was dearly loved by many; a huge loss for the entire family. Know that you are all loved and I am sure that he is looking down on all of us, and walks beside you when you need him. I so wanted to say goodbye to him today in Dartmouth, and be there in person. I sure hope to be able to say hello to him whenever it is that we meet again. Take care now, with peace and love. Cousin Scott in BC.
- Scott White
Jerry and my mother, Adele (Conrad) Hughes, were cousins through her maternal Fraser family. She has many fond memories of their time together in Dayspring, and she has always been proud of him. She is deeply saddened to hear of his passing and sends you all her most sincere condolences. My condolences as well. I always enjoyed talking to Jerry when I took Pearl to church. I think he saw my Mom in me because his face would light up with his lovely smile whenever he saw me. A lovely memory for me. I hope your own memories will bring you comfort. Sherry Niven
- Sherry Niven
So sorry to hear this sad news. Gerry was a person I admired very much because of his kindness, generosity, talent, and sincerity. May he rest in peace. Warm thoughts to his family. He'll be greatly missed.
- Catherine Cable
Sonya, Jean & family, So sorry to hear of Gerry's passing. I know that he has had some health issues these past few years, so the suffering is over. Please know my prayers are with everyone. Jeannine & Averil (my Mom)
- Jeannine Crouse
Richard, Linda and Joan and Jerry's family We are so sorry to learn of Jerry's passing. Growing up in Dayspring we always heard of how great a boxer he was and cheered for him. This is a very difficult time for all of you and we send you our sincere condolences. All your happy memories of him and your family events will help you get through the rough times. Keeping you in our thoughts and prayers. Peter and Marilyn (Bush) Brandal
- Marilyn Brandal
Dear Jean and Family, So sorry to hear of the loss of your loved one. I am sending you all healing hugs. My sincerest condolences to you all. Love, Ruby and Family
- Ruby Stevens
Jean, I want you to know that I am thinking of you at this time. Sincerely, Sheldon Mitchell
- Sheldon Mitchell
Belinda , Mike and Taylor We want to express our condolences on Jerry's passing. It is never easy dealing with such a loss and we wish you well in adjusting to his absence. Don and Diane McAlister
- Don McAlister
Sorry to hear of Jerry's passing. I worked with him years ago and always found him to be a kind and generous person. I will always remember him fondly. Shirley Partridge
- Shirley
Sorry to hear about Jerry's passing . It was a real pleasure to know him , what a kind wonderful man .He really was a true gentlemen. Our thoughts and prayers go out to you and the family at this difficult time.He will certainly be missed . Thats a great picture of Jerry as well!!
- Daniel MacDonald
Hi Belinda,I was so sorry to read about your Dad,he was such a nice man.Steve & I are thinking of you and your family
- Lynda Rose
Belinda; Our deepest sympathy on the passing of your father. Our thoughts are with you. Keep all the good memories close to your heart. Best wishes Terry and Sandra
- Terry Tombs