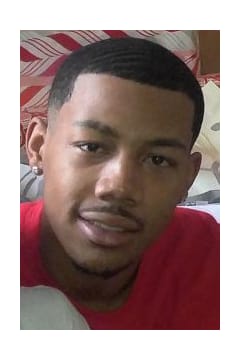 Jay Graduated from St. Edmund Campion and later continued his education to fulfill his career in radiology. Jay lived his life to the fullest. As it was his life’s motto, he had many likes, however, his passion was music and cars. Jalen relished the time spent with his friends and siblings. He was the annoying pest of a brother while having a good time. Making many jokes and memories living his best life.

Life will never be the same. I pray for you Jay everyday. I promise I will for the rest of my life. Who would've thought this would happen to someone like you. The ONLY realest man I know. Dear Lord, may Jalen rest in sweet perfect paradise, I thank you for allowing us to know each other. Amen
- chantal belfon
Sorry for your loss, may he rest in peace.
- Mary Diggs
My deepest condolences to Jamie and family on the loss of Jaylen. I hope you can find comfort in your memories. You are in my prayers. Julia Oliver
- Julia Oliver