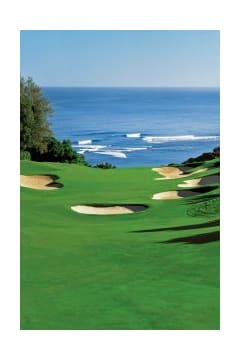 Age 71, from Dartmouth, passed away peacefully surrounded by his loving family at the Victoria General Hospital on Wednesday, July 25 ,2018 following a brief battle with Cancer. Born in Toronto, Ontario, he was the only son of the late Paul and Lucille (Crozier) Dohan.

John joined the Navy in 1964, where he spent the majority of his 31 years with the Fleet Diving Unit. He saw much of the world with his military career, sailing on the Nipigon, Granby and Cormorant. In 1967 he married his wife Carol in Victoria BC but headed to the east coast where he settled and raised his family and made so many lasting memories with friends along the way. He enjoyed working but enjoyed retirement even more. He was an avid golfer who teed off first thing every morning at Grandview Golf and Country Club. He finally shot a hole in one on the seventh hole after several years of practice After his round of golf he would play pool at the Centennial Legion where he was a devoted member and loved participating in the annual poppy campaign. John was a man of many interests and a man of many talents. He loved woodworking, reading, bird watching, barbecuing, spending time with his family especially his great grandchildren, but most of all he loved his Harley Davidson and the rides he shared with his daughter.

Our family would like to thank Dr French, the nurses, care workers, resident doctors and the entire staff of 6A and the ICU at the Victoria General Hospital who all knew him as the Mayor of 6A, you are all so amazing and Dad loved you all. As per his wishes Dad was cremated under the care of Donald K Walker Funeral Directors Ltd. A celebration of life service will be held on Friday, August 3, 2018 at 2pm in First Baptist Church, 100 Ochterloney St, Dartmouth, with a reception immediately to follow. Pastor Martin Zwicker will be officiating along with Padre Steven Cochrane. Interment will take place at a later date, as well some of his ashes will be spread at sea. Family flowers only. Donations can be made to The First Baptist Food Bank, PO Box 186, Dartmouth, NS, B2Y 3Y3. Online condolences may be made through www.donaldkwalker.ca.

My thoughts and prayers are with you all during this difficult time. I knew John from Grandview...he was always smiling and very friendly. He will be missed at Grandview.
- Bonnie Hart
To Carol and family my sincere condolences on the lost of such a giving and skilled human being. I met John at Centennial Legion which at one time I was a bar steward and had the pleasure of providing him with many a pop to his enjoyment. I, also had the pleasure of playing in the pool league at the legion with John as a teammate and as an opponent with it always being a pleasure of gamesmanship. John with other members from the legion help setup my own pool table at home for which I was much appreciative. John will be missed by many and I will add him to my daily prayers. James and Anne Lahey
- James Lahey
So sorry for your loss Carol and family.
- Margie Smith
Carol and family. I was sorry to hear of the loss of John. I remember all the good times at Don and Barb’s cottage. My thoughts are with all of you. Picky
- Lena Webster
Dear Carol & Family: Sending our deepest condolences to all of you at this most difficult of times. Memories Memories are the band aids of the soul . They allow us to heal from within and soothe our grief with the surety of sunrise. Memories are timekeepers. Windows that reflect our relationships with loved ones. They encourage us to revisit the best of times ; the moments of trust and the joy that we have shared. Memories are the battle scars and trophies of a hard-won battle. They remind us of what is pure, truthful and honest within ourselves and those whom we have loved and lost. Memories are the chapters that link the pages of a lifetime. They motivate us to cherish the past and make it part of the present and the future. (Written by M. Martell)
- Marilyn Martell
Carol and family: thinking of you at this difficult time. John was always such a pleasant guy to meet at the shop or whereever. You will miss him treasure the memories.
- Phyllis Jordan
John was an interesting person to say the least and I enjoyed his company on many occasion while playing pool or just sitting around and talking about various subjects with friends at the Centennial Legion. My condolences to Carol and family. Rest in Peace John.
- Jim Martell
Dear Carol & family, on behalf of myself, and my mother Joan, we would like to send our deepest condolences. We are very sad for your loss! Thoughts are prayers are with you, Marianne & Joan Hagen
- marianne hagen
May the care and love of those around you provide comfort and peace to get you through the days ahead. Our sincere condolences. ~ Heather, Ron & Krista Decker
- Decker
So sorry to hear about John thoughts and prayers are with you all. We were saddened to hear of his passing. All our love to you and your family. Ron & Pam Snow
- Ron & Pam Snow
To Carol and family, We are very saddened to hear of John's death. Our most sincere condolences. Gilles Marie Lariviere
- Gilles Lariviere
Dear Carol and family: Please know my sincere thoughts/prayers go out to you. We (my late husband, Reuben) and I loved John, and I will always remember his great sense of humour and kindness. Love, Ann Marie
- Ann Marie Neuman
I didn’t know John that well but Sean talked about him and Terra Nova Ave from playing cards to help each other out. Lots of good memories. Our prayers and thoughts are with you and your family Carol love you Sean and Donna Clancy
- Donna Clancy
My prayers and thoughts are with you and your family.
- Janet Taylor