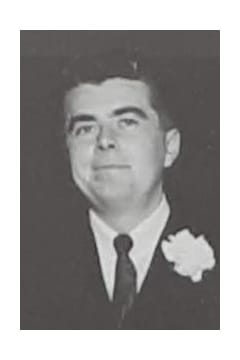 Makin, John Thomas – 72, Halifax, passed away peacefully Saturday, December 15, 2018…most likely watching his Habs play.
Born December 5, 1946, he was the son of Doris (Little) (Makin) Muise and Harold Makin of North End, Halifax. When he was growing up, John was known as “the fastest hands in the North End” and he loved telling stories of his fights to everyone that would listen!
Over the years, John shared many hilarious stories of the hunting and fishing trips he took with Kenny. He was an avid outdoorsman – a trait shared with grandson, Tyler.
As a self-taught wood worker, he would create the wooden canvases that his wife, Judy, would tole paint. Many of these pieces remain as cherished keepsakes for family members.
John was predeceased by the love of his life, Judith Anne “Judy” (Cochrane) Makin. Left to grieve are his son, John William Makin (Krissy Cleveland); sister Brenda (Dave) Gionet; brother Robert; beloved grandchildren Tyler and Hailey Makin and best friend/brother Doug MacDonald.

In the last few years John’s mobility was restricted due to declining health, but he was still able to meet Dougie and the boys at Jenny’s Place every Friday morning for breakfast…right up until the day before he passed away. And during a conversation that morning, he remarked at how much he missed doing the jive with Judy. They were fantastic dancers!

A very special thank you to all the homecare workers that cared for John, especially Sandy. You went above and beyond and your kindness will never be forgotten.

Donations can be made to Heart and Stroke Foundation.

A celebration of life will be held at a later date.

Please share a condolence, photo or memory of John. We welcome all condolences that are positive and uplifting that will help family and friends heal.