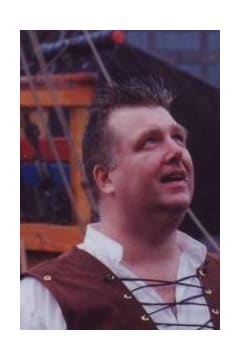 Joe passed away on Tuesday, July 23, 2019 at the Dartmouth General Hospital after a lengthy illness.

Joseph Chiasson served in the Canadian military, both in the militia, and the navy. The tales he had to tell! He walked the Northern tundra, canoed down the Ottawa River, crawled the dirt at Meaford, did forced marches where the platoon became lost but not Joe, climbed the foresail to repair the electronics equipment; visited many a naval port up and down the European coast,facilitated the rescuing of people in a sailboat on the St. Lawrence River. There is a story there! He helped to rebuild a school after a hurricane hit Guadeloupe. He loved adventure.

His passion was for his music: his beloved guitars, drums, bongos, tambourines, mandolin, an electric piano, recorders, and Irish penny whistles. Joe was a singer and songwriter. He played all his life, and he wrote music from his heart. Joe had a great time with friends singing in a medieval choir.

His life was full.

Dear Joan, I was so sorry to hear of Joe's passing. May God give you courage & strength at this difficult time. I will pray for you.
- Janet MacDonald
Hi Joan, we are so sorry on the passing of Joe, a matter fact very saddened and hard to believe. He will greatly be miss, our thought and prayer are with you during these hard time. Normand and Sylvie
- Normand Ouellet
Hi Joan - I was shocked to read of Joe's passing. Every now and then memories of our time at Mill Cove and those long drives after the mids comes to mind and bring a smile to my face. He will be missed by many. My sincerest condolences to you.
- Garry Weir
Dear Joan & Family, I am very saddened to read of the passing of Joseph (Theotime) and wish to send my very deepest condolences to all. I used to attend the SCAdian events several years ago, using the name Anorora Svienbjorndottir of Seashire. I had many great conversations with him and enjoyed his musical talent. These will always be fond memories for me. He was an interesting and great person who will be greatly missed by many. May your faith, friends and family bring you much comfort you at this difficult time. I will keep you in my heart and send prayers and warm hugs as well.
- Carol Stewart