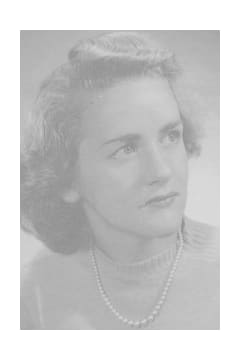 POTTIE, Lucie Winnifred, age 98. Daughter of the late
Winnifred (Lee) and William George Camp, Mom was born in
the now defunct outport of Pushthrough, Newfoundland. She
attended the Church of England with her grandmother, and
even as a child had an intense curiosity about God. Her family
moved to Halifax when she was nine. After marrying Dad, a
non-practicing Catholic, her study of the Bible led to her being
baptized as one of Jehovah’s Witnesses in 1949. She became
very involved in any congregation she lived in or visited, in
Halifax, Fredericton, Montreal, or places far flung. After Dad died in 1998, she did even more of what she liked, and what she liked – besides going in the door-to-door ministry and regularly attending meetings – was shopping and entertaining. She loved Bible study, and did extensive Bible research. She could – and would –
easily talk, in French or English, with friends or strangers. She was one of those people you might not want to sit beside on a flight, because she would quickly engage you in discussing the Bible. As the mother of five children, she had a lot to do, and expressions like “working my fingers to the bone” still ring in the ears. She
was loved by many for her genuine interest in them, her sparkle and sense of humour, and we’re sure many also remember her sarcasm and impatience. She loved music, and was chair dancing two days before she died. She was sweet and feisty, independent and opinionated and wise. She was a loving but strict mother,
always the disciplinarian, and tender when we needed her. Still, she was like most mothers – she did the best she could with the tools she had. She was the love of our father’s life. Most important to her, she was faithful to her dedication to God,
and looked forward to God’s promise of a resurrection back to a paradise earth. What a package, and what a legacy. She is survived by children (and mates) Barbara (Tom) Holmes, Stephen (Edith Larkin) Pate, Lee Ellen (Richard Lemm) Pottie, sisters Belle Barrett and Carol Harron, and numerous grandchildren, greatgrandchildren, extended family, and many friends. Predeceased by husband Clary, sons Brian and Kevin, and grandson Joseph, as well as siblings Jean, Gordon, Marjorie, Kaye and Eleanor. Many thanks to the wonderful staff at Maplestone
Enhanced Care, who tended her with love these last three years. Cremation has taken place under the care and direction of Donald K. Walker Funeral Directors. Memorial service 2:00 p.m., Saturday, May 19, Kingdom Hall of Jehovah’s Witnesses, 210 Parkland Avenue, Halifax, NS 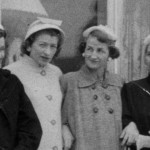 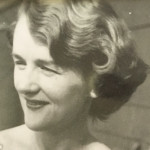 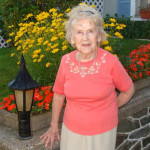 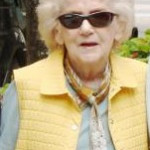 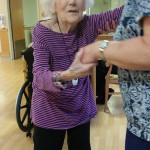 Lucie was a gem ; just heard today of her passing I hope she got my post card thinking she may have as posted mid April. When mom first arrived at Maplestone Lucie is one of the first I met ; we bonded immediately she was one of those girls you just could gravitate to; I remember her dancing at lunch time music and our chats and music listening times ; how she would smile and give the big hug and light up if had a bottle of nail polish in my hands: she truly was a shining star and my life was touched by her; sorry for my late res just heard today of her passing my deepest sympathy to the family Love julya xoxo
- Julya Hill