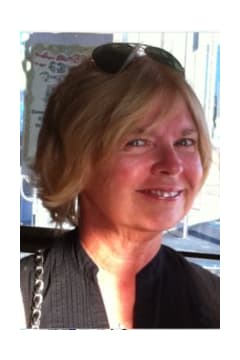 Mary Catherine Henderson of Dartmouth passed away 26th of April 2019 at the Victoria General Hospital in Halifax at 67 years of age after a battle with cancer.

Cathy was a graduate of St. Francis Xavier University and a life long, dedicated teacher who taught English and History at C.P. Allen High School in Bedford.

Cathy loved her retirement. She enjoyed her friends in Treasure Island, Florida and enjoyed Key West, Biloxi,Mississippi and New Orleans at Mardi Gras. She liked walks in Shubie Park with her four legged pal, Beau. Her special place was her home on Lake Charles, in Dartmouth. She liked her trips to the lakes of Northern Ontario.

Cathy is predeceased by her parents Charles and Gertrude Donovan of Sydney and a brother, Father Charles Donovan.

The love of Mary Catherine’s life was her family. They include partner George Berrigan, daughters Colleen Henderson-Gorichky (Michael) of Treasure Island Florida, Lynn Greenough (Steven) of Dartmouth and James Henderson of Bedford.

She will be sorely missed by grandchildren Benjamin and John Greenough and Cole Gorichky. And, her extended family in North Bay, Ontario.

She is survived by brother Donald Donovan (Carrie) of Cape Breton.

Cathy enjoyed the loyalty and affection of special friends and colleagues Peter and Cindy Macdonald of Bedford and Lisa Wall of Halifax.

Cremation has taken place under the care and direction of Donald K. Walker Funeral Directors.

A memorial service will be scheduled in the upcoming weeks. This will facilitate out of towners and give time for the dust to settle.

The family would be remiss in not thanking the nurses and doctors of the palliative care section of the Victoria General Hospital. A simple thank you does not seem sufficient. But angels do walk among us.

Mary Catherine Ann Theresa Donovan was proud of her Cape Bretoner and Irish roots. As she would often say over the last few years, “SLAINTE”. And “SLAINTE” to you Mary, we love you. 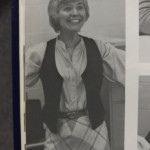 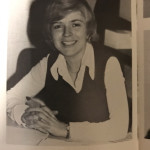 So sadden to learn of Cathy's passing. I had the privilege of teaching with Cathy at CPA for many years. She made each day brighter with her positive relationships with colleagues and students. Pat Connors
- Pat Connors
Mrs. Henderson was my favourite teacher. I remember her hijinks with Mr. MacDonald, how she shouted/sang one's name upon seeing you in the hallway (embarrassing at the time) and the impromptu spelling bees she designed as light punishment for lateness to class. She inspired and challenged and I believe was the best of people. Heartfelt condolences to her family and friends.
- Olivia Hasler
Mario and I extend our sincerest condolences to you and your family for your loss. May Cathy's soul rest in peace.
- Joy Osuna
I was very saddened to read about Cathy’s death in the paper this morning. I really only knew her from working during university years at Keltic Lodge in the dining room one summer . I always remembered her for many reasons including her warmth, beauty, and laughter. My sincere condolences on your loss. Coline Morrow
- Coline Morrow