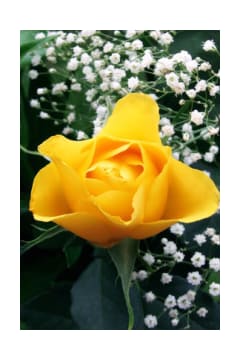 It is with profound sadness that we announce the passing of beloved Wife, Mother, Grandmother, Great Grandmother and Sister, Merlene Eleanor Cross (Lohnes) on December 28th, 2017. Born 1933 in Pleasantville, NS, she moved to Dartmouth in 1959. Her greatest loves were her Husband of 65 years and her family. We all relied on her wisdom and guidance as she was the glue that kept us together. She loved family dinners and going out for lunch. She enjoyed playing cards and working on cryptoquotes. She was the Daughter of the late Firmin and Inez Lohnes. She is survived by her Husband Roger Cross; Children Rick (Starr), Brian, Sherry Smith (Garth); Grandchildren Sabrina, Leanne, Stephanie, Leslie, Madison, Jillian, Ryan; Great Grandchildren Derian, Alec, Evan, Morgan, Makayla, Christopher and her many loving nieces and nephews. She was the loving sister to Russel Lohnes and was predeceased by brothers Donald Lohnes and Eugene Lohnes. She will be greatly missed by all the people whose lives she has touched. Our family would like to thank all the staff of Oakwood Terrace B Unit for the wonderful care and love she received from them. In lieu of flowers, donations can be made to the charity of your choice. A memorial service will be held 11 AM Tuesday, January 2 at Walkers Funeral Home, 307 Prince Albert Road, Dartmouth.

To all the family .Our thoughts and prayer's are with you all at this sad time . I have many good memories of the time I spent with Merlene she will be missed by every one who knew her .Hold your memories close to your heart it will help in the days ahead .sincere condolences ,Loretta & Gerry .
- Loretta Robar
To Jill and Family: Very sorry to hear of your Grandmother’s passing. Our sincere condolences to you and your family. Rob and Robin Manuel Mount Pearl, NL
- Rob Manuel