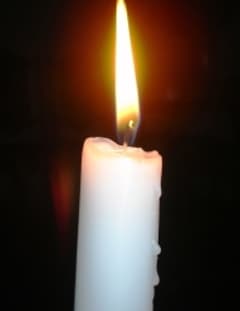 McGRATH Michael Francis September 29, 1935 (St. Michael’s Day)-August 13, 2019
Mike McGrath, age 83, passed away peacefully with his family by his side at the Dartmouth General Hospital (Palliative Care-3 East).
He was born in St. John’s, NF, the fourth child of John Patrick and Annie McGrath. He is survived by his children David (Maureen Banfield) and Deborah (Joseph Blondeau) and grandchildren Leah, Brandon, Emma, Sarah, Ryan, and Ondraya. He is predeceased by his wife Edith Camille (2003), his son Derek (2013), his brothers Patrick and Bernard and sisters Mary and Pauline.
Dad joined the RCAF in 1955. An accomplished air-frame mechanic saw him work on many different airplanes including the F86 Sabre, the CP107 Argus, the Snowbirds, and the CH124 Sea King at CF bases: Zweibrucken, Germany, Torbay NF, Greenwood NS, Summerside PE, and Moose Jaw SK. Dad retired from the RCAF in 1975 and moved from Moose Jaw to Dartmouth where he continued his career at IMP Aerospace for another 27 years.
A very talented hockey player, Dad played for the CF Base hockey teams. In 1955 – while in Zweibrucken – he played an exhibition game against the 1955 World Hockey Champion – Penticton Vees. As he said; “We were leading after the 2nd period, but they were drunk, and in the end, they beat us pretty good”. He was scouted by the New York Rangers but they quickly passed over him due to his small 140 lb frame. When asked about his ‘best game’, he bashfully said, “Well, we beat Greenwood 7-1 and I scored 6 goals”.
Dad was a private man whose sole focus was his family and his work (a means from which to support his family). A man of few words, he didn’t have to tell us more than once our responsibilities. We only had to look at his efforts to know that we should be working too. Dad was a loving father in many subtle ways. He quietly supported our interests – trout fishing, skating, hockey, ballet, Cubs/Brownies.
He was an unassuming, humble man with the kindest and gentlest of heart. He was patient, funny, and beloved by many. Despite a challenging life, he was never embittered nor critical. He lived independently and happily in his ‘Little Newfoundland’ community home among great neighbors and friends for the past 16 years. His quick wit never failed him. He brought joy to everyone who knew him. Despite his quiet demeanor, he was no push over. He did things ‘his way’ and in his time.

Dad spoke often of the “VIP treatment” he received over the past three months. His family extends sincere thanks for all your love, attention, and care to: Dr. Daniel Reid, Dr. Franklyn MacDonald, all the nurses and doctors at the Victoria General Hospital (Dickson Building) and the Dartmouth General Hospital (3 East). Special thanks to his closest neighbors. Your constant vigil brought us great comfort and your kindness through the years will never be forgotten.
In lieu of flowers please make any donations to a charity of your choice. Michael had affiliation with the Red Cross, the Salvation Army, and the Canadian Cancer Society.
His ashes will be interred along side his wife at the Dartmouth Memorial Gardens, Dartmouth, NS, as well as memorable locations in Newfoundland, Prince Edward Island, and Saskatchewan. As he was a private man, his family will gather at a later date in remembrance of him.
Letters/notes of condolences may be communicated to the following: www.donaldkwalker.ca
Donald K. Walker Funeral Directors, Ltd., 11 Akerley Blvd. Ste. 800. Dartmouth, NS, B3B 1V7

Dad was the BEST person we ever knew…he will forever be our ‘Hero’.

Dad’s parting message (left us this note):
“And if I go while you’re still here, know that I live on vibrating in a different measure behind a thin veil you cannot see through. You will not see me, so you must have faith. I wait for the time when we can soar together again both aware of each other. Until then, live your lives to the fullest and when you need me just whisper my name in your hearts and you will feel my presence.”
Always, Dad

So sorry David and Debbie. Your father was so kindhearted, and proud and independent. When I got together with David and Derek in his home, I'm sure we tested his patience, but never a cross word! He made everyone feel welcome. He made the best fish I have ever had. Whether offering a beer, or a glass of cold water, he made sure you were looked after. I'll miss him
- Bill
Dave and family, our sincere sympathy on the loss of your Dad. Bryce and Cathy Hubley
- Bryce Hubley
I am so sorry, I just found out. Sending all my love. Trish xo
- Trish Lewis
I am so sorry for your loss David and family. Michael was a truly special fellow. His parting message was so heartfelt. It brought tears to my eyes. If you need anything, please do not hesitate to ask.
- Diane Slaunwhite
Our sincere condolences for you David, Debbie and family. Thinking of you at this time. Darleen, Brian and Natalie Horne
- Darleen Horne
Sincere condolences extended to Dave, Debbie and families - (Rick,Sue and Allen Denison)
- Rick Denison
David, Debbie and families. Your Dad was a truly special man and we loved having him visit “home” in Newfoundland. Spending time at the cabin in Placentia Junction. You are right he was a man of few words but his love of his family was a lot that he talk about.! So sorry to hear of his passing but I know he is happy with Your Mom and Your Brother. Will be thinking of you all during this difficult time. Xoxo. Karan (Johnny’s wife)
- Karan Greene