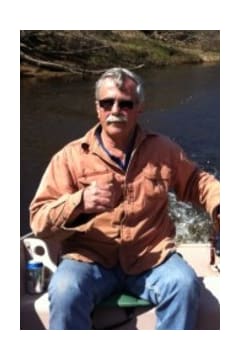 1950 - 2018. Peter passed away suddenly at home in West Petpeswick, Friday, November 30th. He was dearly loved and will be sorely missed by his wife, Andree Desrosiers; her son, Justin (Lisa) and their children Cole and Calla; his daughter, Jessica Hindes (Will) and their children Kaydence, Bella and Hudson, Cochrane, Alta.; his brother Toby (Carol Ann)and their children Erin (Morris) and Carlisle; and his nephew, Jack Lawrence. He was predeceased by his parents, Carlisle and Salley (MacKeen) Norwood; and his sister, Kate Lawrence. Peter was a good man, a gentle soul and generous beyond measure. He was an adventurer who loved challenge, whether a storm at sea or slogging through the mudflats because he lost track of the tides! The sea was his home, from living on the Northwest Arm to his home on the inlet he swore he would never leave. He was a humble man of few words who wanted "no fuss" at his passing. To honor his wishes, there will be no funeral service. As an "old salt" he wanted nothing more than his cremated remains buried at sea. We will gather "out home" next summer, raise a glass to his memory, share stories of his derring-do and commit his ashes to the sea he loved. A loyal friend and family man, Peter was happiest in his role as "Poppy" to his five grandchildren. Donations in Peter's name can be made to: Sail Able Nova Scotia, 702-650 Wash Mill Lake Dr., Halifax, NS B3S 0H8 or charity of choice. Online condolences can be made at: www.donaldkwalker.ca 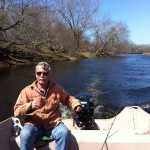 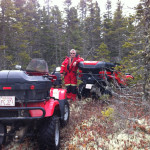 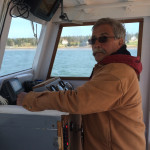 Dear Toby & Family, John and I wanted to send our deepest condolences for your loss. I have many wonderful and fun memories from the time we spent together during my teens. Peter you will be missed...John & Debi (Walker) Jardine
- Peter Norwood
Taken from us much too early! "Poppy" will be dearly missed! We are all heart-broken at his sudden passing! Lots of fond memories though! He was a wonderful grandfather to my kids. xoxo
- Lisa Desrosiers
Dearest Toby & Carol Ann, I'm so very sorry to hear of your loss. Peter sounded like a wonderful person. My father, John Hatt has asked me to also extend his condolences. Take good care. Nikah Russell
- Nikah Russell
Amazing and fun memories since 1971 with Peter. A great friend for so many years.
- Les Cormier
Andree, Toby and family, Peter was my best friend growing up, when he lived on Tower Rd and later on the Arm, then we lost touch. I had no idea he connected to you Andree. We shared lots of childhood adventures and I missed him. Many fond memories. My warmest regards and my heart goes out to you and your families. Ted Ross
- Ted Ross
Peter was my first big love when we went to Kings Edgehill. I will never forget him. I’m glad he found peace and happiness in his life. I send my heart felt condolences to his family
- Nancy Ruddick
Peter was a beautiful person, a sweet man, a good friend. My loving condolences to Andree and all the family and friends who will miss him dearly. "I always thought that I'd see you again."
- Carol Dimock
I was lucky to have shared in so many of your adventures , I shall miss you my friend .
- J. Fort