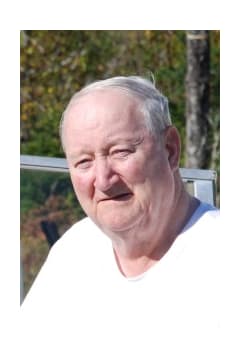 Ray was born on September 1, 1932 in Moosehead, Halifax County to Mervin and Annie (Turner) Naugler. Survived by his loving wife Patricia (MacDonald) and daughter Donna (Darren). Preceded by his siblings Joyce, Edith, Frida and Robert.

Ray worked in construction, starting as a carpenter and later as a project manager for Gem, Lindsay and Fundy Construction Companies. Ray could build anything including a boat in his later years. A curious mind and a desire to explore whether it be by boat, motorcycle, snowmobile or as a private aircraft pilot. A naturalist, Ray loved hunting, fishing and guiding especially in his birthplace, the Eastern shore.

Cremation has taken place. A private interment in Harrigan Cove will be held at a later date. Donations in Ray's memory may be made to St. Mary's Anglican Church, 164 Shiers Rd, Harrigan Cove, NS B0J 2K0. Messages of condolence may be sent to the family by visiting www.donaldkwalker.ca.

Thinking of all of you during these sad days. May the memories collected over the years bring comfort and peace to your hearts. Gordon & Molly Gammon
- Ray's Family
Pat and Donna and family: Please accept our deepest sympathy. We are so saddened to hear of Ray's passing. You are in our thoughts. Susan & Crystal
- Crystal Fournier
Pat & Donna - condolences on Ray's passing. I lived on Shamrock Dr. for many years and saw him a lot in your yard - a very kind man. Take care, he's in good hands.
- Audrey Conrad
Pat and Donna and family: Please accept our deepest symapthy. Our thoughts and prayers are with you. Margie & John Archibald
- Margie Archibald
Donna and family...very sorry to hear of your Dads passing. Thoughts and prayers are with you..
- Steven Angus
Dear Pat: my condolences to you and Donna. I recall your stories about Ray while we were coworkers at SMU. I hope messages from your friends help your grieving and reflecting on the many memories you and Donna have shared with Ray. Your friend; Ron C
- Ron Cochrane
Dear Pat, Very sorry to hear about Ray. My deepest sympathy to you, Donna and the family. Do take good care of yourself. Stop by sometime if you are in the neighborhood. Linda Atkins
- Linda Atkins