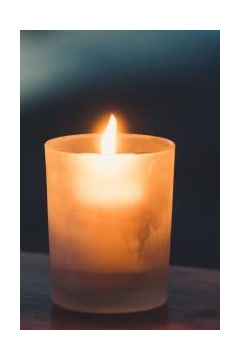 It is my sad duty to confirm the passing of my dear brother, Rhodes Mark Trider of Dartmouth.

Passing peacefully in Alberta on March 10th, 2020 and will return to his beloved Nova Scotia.

A special mention to the Overdyke family who traveled on numerous occasions to spend time with Rhodes as recently as December 2019 and also to his dear loyal friend of thirty years Rhonda (Brian). To Barry, Matt, Robin, Herb, Carolyn and all at Dominion Diving, he considered you his second family.
To his many friends who knew him as Rhodes, Rocky, Captain Trider, Rhodsie Toadsie, Young buck, Dusty Rhodes, R.T.
Rhodsie Riviter, and his favorite, Captain Hollywood, he loved you, one and all.

Due to the current health crisis, a gathering will take place in August, to be announced in the Chronicle Herald and the Born and raised in Dartmouth facebook site, at a later date, circumstances permitting.

God called your name so gently,
That only you could hear.
No one heard the footsteps, of the angel drawing near.
Softly from the shadows
there came a gentle call,
You closed your eyes Rhodes, and went to sleep,
and quietly left us all. 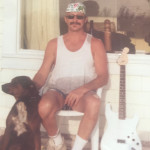 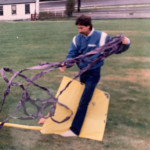 So sorry to hear of Rhodes passing. He was a charmer in his day and swept me off my feet. . Thank you for the memories
- Vicki Palmeter
Happy journey my old friend.
- Sam rendell
MY DEEPEST CONDOLENCE TO RHODES FAMILY.. I GOT SO MANY MEMORIES OF RHODES...THE FIRST TIME I MET HIS MOM AND DAD , 2 IN THE MORNING , GOT THEM OUT OF BED....LMAO... SADLY MISSED......
- KEVIN THOMAS
Condolences to your family. Rhodes was salt of the earth in my books RIP my friend. Frankie Burke
- Frank Burke
Rhodes and I go back to the 60's . We shared many good times and laughs. He will be missed.
- garnet hill
So sorry for your loss! I do have a lot of fond, crazy memories of Rhodes! RIP
- Tracie Hayden
So sorry to hear of the passing of yet another original Westphal boy. Many fond memories- Rest easy.....from your friends Joy Christensen Jewer and Jack MacAloney x
- Joy Jewer
My deepest Condolences,Anita.. On the passing of your brother Rhodes...Sending you love in these sad times.It truly is those memories we hold dear to us that help so much,miss you and think of you often.xoDarlene.
- Darlene Kent
Rhodes was the best, tough, crazy but had a heart of gold ! Will miss you my friend REST IN PEACE.
- Rob Copp
My deepest condolences to Rhodes family. He was one of my husbands best friends,,Rob Cameron. And he was there for Rob when he was ill. Rhodes was a great man and a great friend . RIP Rhodes.
- Maxine Crooks
I met Rhodes in the early 70's and although our paths have not crossed for many years--I remember him fondly. Rhodes had a wonderful smile and always made you feel comfortable in his presence. My sincere condolences to all the Family. Lynn Day
- Lynn Day
I have lots of memories in the 70s and 80s with RT . SAY NO MORE. My condolences to the family. Bob Lintaman
- Bob Lintaman
I always enjoyed Rhodes, anywhere I met up with him he had a smile and time to talk. Sometimes enjoyed just watching and listening.
- Jim MacDonald
We had great time good laughs..my mother and I have so many great memories..Til we meet again... RIP RT..
- Bruce foston
I am shocked to hear of Rhodes passing. He was a great man and he and I had great times together. Rest in peace old friend.
- Tom Cove
Dear Anita and Gord, am sorry to hear about Rhodes and I want you to know that Rhodes will be missed by many of our old neighbors as he was well liked. Anita call me @902-463-0108
- Gerald McGrath
Rhodes and i had many good laughs sad to here of passing . danny anderson
- danny anderson