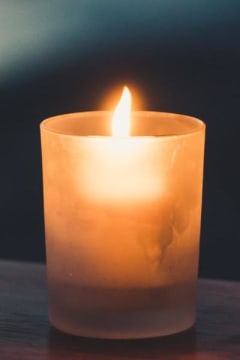 "Our family is saddened to announce the passing of Richard Vance Melbourne, loving father, brother, and neighbour. He was 69.

Richard was born on September 6, 1950 in Purcell's Cove, NS to Murley and Lillian (Slaunwhite) Melbourne. In 1981, he married Dorothy Kervin, and together they had a son, Vance.

Richard's magnetic personality and smile made him a natural salesman, and he worked in sales for many years. He was clever and creative, and enjoyed oil painting, especially following along with Bob Ross. He was also a voracious reader, and loved western novels and crime fiction. He was perhaps happiest lying in the sun, near the water in Purcell's Cove, reading a Louis L'amour novel. Richard had an innate appreciation for the simple things in life, and a natural care-free disposition that put people at ease. He was kind, charming and funny, and rarely without a smile.

Richard was predeceased by his father, Murley, and his mother, Lillian. He is survived by his brother, David, his sisters, Holly Shelleman, Heather Melbourne, Hailey Trudel, and his sons, Vance Melbourne, and Shawn Hartlen.

Richard was good natured and liked by all. He will be remembered for his wit and charm, his kindness and his warm smile."

To the Melbourne family we are sorry to hear of Richard's passing.Hunter and Helen Shaw
- Hunter Shaw
Holly - so sorry to hear of Richards passing. Knew him such a long time ago. May he RIP.
- Pat Wallace
My condolences to the Melbourne family.I have many happy memories of Richard when we were kids growing up in the cove.RIP Richard.
- Bob Doubleday
Our condolences to you and your family Holly. Thinking of you.
- Heather Johnston
Vance. So Sorry to hear Your dad passed away. Barb & I have fond memories hanging out with your mom& dad back in our younger days. Take care Bryan & Barb McGlone (Ev's brother & wife)
- Bryan Mcglone
To the Melbourne Family. On behalf of my family, I extend our sincerest condolences and sympathy to each one of you; as well as Richard's wife and sons. It is always hard to lose someone and especially hard when it is a sibling. Richard was always a fun person to be around and I hope your fun/fond memories help you to keep going. My prayers are with you. Judy, Frances Elliott and Jamie Elliott.
- Judy Merlin
Our condolences to the Melbourne family we are sorry for your loss Richard will be missed. Warren and Christine Algee
- Christine Algee
My sincere condolences on the passing of Richard. I hope as time passes a smile will come to your face when you think of him rather than a tear. He was a handsome, soft spoken, fun friend. He will be missed.
- Ruth D. Slade
Holly and family I am so sorry for your loss. What a beautiful tribute to a life well lived. Much love.
- Jackie Baillie
Sorry for your loss
- Dennis Cann