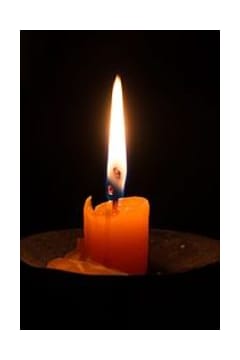 Robert Rafuse, 76 of Bridgewater NS passed away Saturday June 15, 2019 at the QE11 Halifax, NS. He is survived by his son Chris (Susan) Halifax, daughter Cheryl (Greig) Halifax, sisters Shirley Lessard (Vancouver), Sylvia O'Brien (Halifax), brother Larry O'Brien (Victoria BC), several nieces, nephews, great nieces and nephews and Baby (beloved pet).
He was predeceased by his parents Robert Rafuse Sr. and Sylvia Rafuse (Italy Cross) and his sister Patricia Cirtwell (Halifax). He is also predeceased by his partner Louise Naugler.
He served in the militia and was employed with the Liverpool Town Police and Michelin Bridgewater where he was a supervisor in service R.
He was a diehard Blue Jays fans and seldom missed a ballgame on TV. He played whip pitch (softball) for many years for several teams including the Bridgewater River Pub Blues as a pitcher and judging from the stat sheets he was very good at the job.
He had another passion and that was playing cards usually with Pat, Sylvia, Lou, their friend Helen and anyone else who dared take a seat, mostly at the cottage. Whenever Sylvia was home she had the honor of joining them only to lose her money most of the time to Bob. Bob’s passing now completes "the gang" at the card table up above.
Bob was a 46 year member of the Legion and could be found taking “donations” from other members at the shuffleboard table or the dart board.
Bob was a former President of the Lions Club and took great pleasure in helping others.
Cremation has taken place and there will be a Celebration of Life at Bridgewater Legion Br. 24 on Saturday June 22 from 11:00 am to 12:00 pm followed by internment at the Brookside Cemetery Victoria Road, Bridgewater at 12:30pm.
Special thanks to the staff of the QE11 Halifax Infirmary (ICU 5-2 North) for the compassion and care they gave to Robert and the concern and support they showed the family during this difficult time.
In lieu of flowers, donations can be made to the Royal Canadian Legion Poppy Trust Fund or S.H.A.I.D Tree Animal Shelter, Bridgewater. 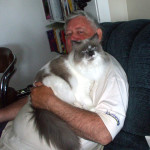 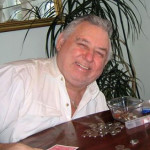 Condolences to the family. I knew Bob at Michelin. And he was a friend on FaceBook.
- Paul Harmon
Harold and I had many conversations with Bob about baseball and working days at Michelin. Bob was very proud of and always spoke highly of his children, Chris and Cheryl. We are saddened by Bob's passing, our condolences to his family. May you rest in peace Bob.
- Rebecca Rowsell
Debbie and i met Robert on many of our bikeing adventures as we also had a Can Am Spyder and met on our travels.Our sincerist condolences on his passing. Paul and Debbie Naugler
- Paul Naugler
condolences to bobs family. bob and I were great friends and would compete against one and other on the fastball field as team mates and foes but after the games fun and laughter. when I was 10 years old I was his bat boy at the old empire street ball diamond rip my friend you will be missed
- robert winters