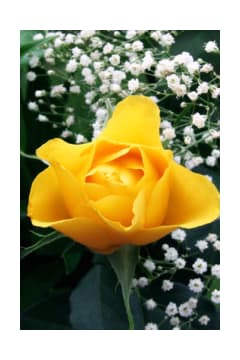 Viola Lydia (Lola) Spears passed away on February 21, 2018 in Windsor, NS. Born in Dartmouth, NS, she was the daughter of the late William T. and Violet Woodward. She was a lifelong homemaker. She and Russell lived many years on Almon Street in Halifax where the family grew up. In retirement, she and Russell travelled regularly. In later years, she lived in Shannex Parkland, Halifax and kept very active in that community. She was a long time parishioner of what is now Anglican Church of the Apostles, Halifax, NS. Lola is survived by her sons David (Nora) Windsor, NS, and Gary (Cathy) Halifax, NS. She will be missed by her grandchildren, Gregory Spears (Cynthia MacAusland), Cranston RI, Heather Spears (Mike Maloney), Lower Sackville NS, their children Ella and Ava, Kenneth Spears (Ashley Condon), Sturgeon, PEI, Stuart Spears (Janine Terry), London, England, their son Callum, and Joshua Spears (Kathryn Reeder), Fall River, NS and their children Olivia and William. As well, Lola is survived by brother-in-law Walter Spears, Truro, NS and sister-in-law Elsie (Levy) Spears, Sheet Harbour, NS. She is predeceased by her husband, Russell M. (d. 2007), son Richard L. (d. 1975), sister Elsie (Perry), brother Ted Woodward, and sister Barbara (Beckett). The family is grateful to Fr. Tom Henderson, Chaplain Deb, and the staff at Dykeland Lodge, Windsor for their care and compassion. Cremation has taken place. A Private family internment will happen at a later date. Online condolences can be sent to donaldkwalker@accesswave.com.

David and Gary, mom and I just heard of Lola's passing and are thinking of all your family. please accept our condolences. Heather and Gladys
- Heather LeBlanc
Our thoughts and prayers are with you at this difficult time Gary, brother David and the rest of your families with the passing of your Mother. You will always have the memories of her to keep with you for your lifetime. May she Rest In Peace.......Gail & David Romans
- David Romans