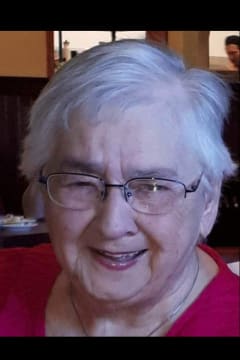 Anne proudly served in the military during World War II with the Air Force. She worked in many retail stores including Sears, Zellers and the Met. She then obtained her bookkeeping license and worked for a medical supply company.

Anne was a very outgoing person and was well liked by many people. She loved her family dearly. She was always there for them and helped them whenever she could. She love to volunteer and spent a lot of time at the Springfield Lake Rec Center and the Bedford Legion. She loved her bingo,crafting and later in life traveling. She loved her Sports especially: baseball, curling ,hockey and figure skating.

Cremation has taken place under the care of Donald K Walker Funeral Home. Internment will take place at the Oak Ridge Memorial Gardens in Sackville at a later date along with a celebration of life.

Donations in the memory of Anne Roberts can be made to the Nova Scotia Heart and Stroke Foundation.