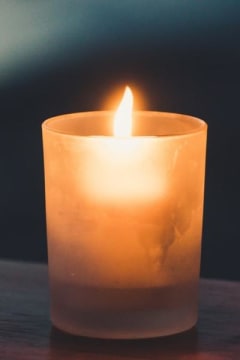 It is with deep sadness that we announce the passing of Murray at home on May 7, 2020 after a year long battle with pancreatic cancer.

Murray served 8 years in the RCAF during which time he met and married Anne. He returned to Nova Scotia and was employed by Cossor, EMI Cossor, EMI and Hermes Electronics before helping found Metocean Data Systems. Murray enjoyed the outdoors and loved fishing, hunting and just being at the camp.

His family was his joy and he was very proud of all of them.
Murray will be sadly missed.

Annie I am so very sorry to hear of Uncle Murray's passing. I have a lot of good memories of Uncle Murray when you would come to Toronto. Uncle Murray could always make people laugh even in sad times. God Bless to All of You.. Love your niece Sarah Manson
- Sarah Manson
We are saddened to read of Murray's passing. He was such a huge part of Dad's life at "Eric's Reel Shop". They shared a passion for fishing, reel repair, and you could always find them both in the shop, working away, "shooting the sh.t", drinking their tea. They also enjoyed many day trips going to gun shows and stays at your camp as well as fishing trips. Michelle and I both enjoyed his many stories and his dry sense of humour which was a part of all his conversations. He was such a huge help to Dad in the shop when those orders of tuna reels had to be repaired. Even after the shop closed, he continued to visit Mom and Dad, And when Dad got sick, he was a frequent visitor at the hospital. Then when Dad passed, he still would visit Mom until her dementia progressed. He was a wonderful man, a true friend, and I hope he and Dad are continuing their friendship just like old times. Take care. The Baylis Girls...Frances & daughters, Donna, Michelle, & Elaine
- The Baylis Girls
Dear Ann and family. I have only recently heard of Murray's passing and was truly saddened to learn that it was due to illness. Since Jane retired from Canada Post we have not been as informed as we were when she was on her Lawrencetown route. As a colleague and friend we shall miss his anecdotes and amusing sayings. Our thoughts are with you. Ralph and Jane Orton
- Ralph Orton
Dear Ann and family. We were so sorry to hear of Murray's passing.When we lived on Carmans Drive he was also there to help and lend a hand with whatever the problem was. I don't think there was a well on our Street that wasn't repaired by Murray. Please accept our sincere condolences. Ed and Judy
- Ed&Judy McCready
Having grown up next door to you all, I am extremly upset to hear Murray has left all of us. I have so many amazing memories of Murray growing up next door to you. Throughout the Scouting movement, building boats, camping, neighbourhood activities, family social events, as my friend's Dad, as my Dad's friend and as a father-figure to me in addition to many others, his memory will forever live on. There were so many great experiences and memories I've had in my life that can be attributed to Murray and I do cherish each of them. I know words can never take the pain away, but in time I hope these words are able to make you smile knowing that Murray impacted many people inside and outside his circle. My heart goes out to you all - Anne, Murray, Sharon and Richard. If there is anything you ever need, I will always be here for you and your family. All our love, The Garrison Family
- Brian Garrison
I am sorry to hear of Murray.s passing He will be missed by a lot of people Will always remember my visits with Ann Murray and Family
- marie trude
I am very saddened by the passing of Mr. Webber. I spent many days at your house and always felt loved by everyone especially your dad and your mom. Thoughts and prayers during this very difficult time, hugs to you all.
- Dan Fraser
Richard, Sharon, and young Murray, I was so saddened to hear about the loss of your Dad. Your Dad was such a kind man, quiet, with a funny sense of humor, who excelled at neighbourhood watch. He will be missed. You are all in my thoughts and prayers. Hugs to your Mom. Thinking of you.
- Jennifer Mason
We are so sorry to hear of Murray's illness and passing. Our family spent so much time with the Webber's with so many fond memories. Our thoughts are with all of you in your time of sorrow. The Kindervater family 🙂 Louis, Allan, Garnie and Eleanor.
- Eleanor Day
Sharon and family, I am so sorry to hear of your loss. My thoughts, heart and prayers are with you.
- Michelle Delaney