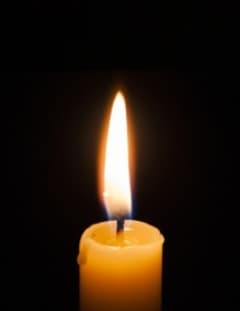 RITCHIE, Arthur Charles, 73, of Dartmouth, passed away peacefully in his sleep on October 4, 2019 at the VG Hospital in Halifax from complications of Cancer. He had fought his illness for more than a year and endured, and stayed positive, despite great pain and sickness. Family was with him when he died. Peacefully, and finally free of pain.
Born in Dartmouth, in his mother's bed, he was the Son of the late Kenneth and Mildred (Weir) Ritchie. Art was a proud, loving man of strong character and integrity, who loved Nature and all sports, especially Hockey. Above all, he loved his family and was a good Husband and provider. He always said he was proud to have grown up during the "best two decades - the 50's and 60's", and passed along the values of a simpler life to his children. He was a Canada Post delivery truck driver and senior employee with the Canada Post Corporation for more than 25 years, finally retiring in 2016. In his early career he was a Senior Accountant with the Bank of Nova Scotia in the 1960's and later on, with Mobil Oil Canada throughout the 1970's and 1980's.
Art was known as an excellent athlete, playing football for Dalhousie University in the 1960's and later excelling at Hockey which was his favourite sport. He played on professional teams and in many leagues for years, well into his late Forties and early Fifties, when he began coaching Bantam and Peewee teams near his home in Cole Harbour in the early 90's. Art was a lover of music, especially Classic "Oldies" Rock N Roll of the 50's and 60's, and was a well-known Karaoke singer for over 20 years, recording over 300 songs in his lifetime.
He is survived by his two children, Candice Lynne and Christopher Arthur, and their mother, the former Janice O'Ball, all of Dartmouth; his brothers Ernest (Barbara), Kenneth (Mary), Kevin (Kim), and sister Karen (David). Besides his parents, he was predeceased by his sister Debbie.
His body will be cremated, as per his wishes, and will be interned at Dartmouth Memorial Gardens.
In lieu of flowers, the family asks that you make donations in honour of his life to the Arthur C. Ritchie Memorial Fund, to help his immediate family and those still suffering from Cancer.

I worked with Art for years at Canada Post. I am so sad to hear of his passing. My sincerest condolences to Art's family and friends. Rest in peace, Art...your pain and suffering is over now.
- Mike Keefe