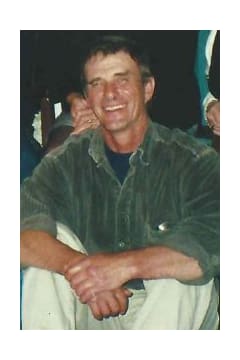 It is with great sadness we announce the sudden passing of Graham who died on Friday, May 18, 2018 while preparing his schooner Mary David for the sailing season. He was the beloved eldest child of the late David and Mary (Banks) Lutwick. Graham is survived by his wife Paulette Charron, daughter Natalie Lutwick (Adrian Hewitt), grandchildren Liam and Rory, siblings David (Lyndia), Marianne Forbes (Stephen), William (Anne Stevens), sister-in-law Sandra Lutwick, former wife Sharon Williams, several nephews, nieces and cousins. He was predeceased by his brother Donald and fiancée Olga Kisil. Graham grew up in Birch Cove where he was active in local church groups, the Rockingham Yacht Club and had many adventures in the woods and on Bedford Basin with his brothers and friends. He attended area schools but especially enjoyed finishing high school in Mabou, Cape Breton. He graduated from the Maritime Forestry School at UNB and worked in the forests of British Columbia before returning to the Maritimes to join the Environment Canada Water Survey division. His work in the hydrometric surveying field included monitoring river systems in the Maritimes and spending several summers in the high Arctic even diving under the sea ice; a feat he barely survived and had no desire to repeat. A transfer to Bedford Institute of Oceanography was a career highlight for Graham. He retired as a Multi-disciplinary Hydrographer with the Canadian Hydrographic Service where he was a well-respected colleague and made enduring friendships. Graham was a member of the Nova Scotia Schooner Association, a passionate sailor and a wooden boat enthusiast. He was a voracious reader, a student of history and follower of current events. He restored a heritage home at Hackett’s Cove beginning in 1972 and freely shared his skills helping others with house and boat projects. Ever the passionate environmentalist, he was a critic of clear cutting practices and a champion of wildlife and animals.
The family are most grateful for the rapid onsite care Graham received from Neil Joyce of Tern Boatworks, Chester Basin Volunteer Fire Department, EHS and the RCMP. If desired, donations in Graham’s memory may be made to charities that address poverty, homelessness or environmental issues. A celebration of Graham’s life will be held on Wednesday, June 6 at 2 pm at Rockingham United Church, 12 Flamingo Dr., Halifax, Rev. Debbie Aitken officiating. Arrangements are entrusted to Donald K. Walker Funeral Directors.

So sorry to hear of Graham 's passing. We only knew him a short time, but he always had a smile and was very friendly. Our thoughts and prayers are with you and your family. Randy and Lissa
- Randy Dore
I am so very sorry for your loss. There are no words that can offer comfort at this time as you grieve the loss of a truly great thoughtful, gentleman. I have fond memories of Graham and most recent was impressed when him and Paulette came to my dad’s funeral and later to visit Mom for the afternoon with a gift of muscles. I lifting you up in prayer Paulette, Anne, and all the Lutwick family. Love and blessings Lynette Newton
- Lynette Newton
Anne, Grant and I were sorry to hear of your brother's recent passing. We will keep you and your family in our prayers.
- Rosanne Whyte
Anne, Steve and family I am so very sorry to hear of Graham's passing. A wonderful guy, talented, funny. I've been thinking of him the last few days and that jolting memory of him dressed as a ballerina came back from the variety show.......you were all so fun to watch. Another memory involved vodka and tomato soup and Steve. I wish that I could be there but know that you are in my thoughts and prayers. Hugs and peace to you.
- Debbie Hepworth
Sending our thoughts to all of you at this time. Anytime we were all together I always enjoyed the laughs and stories. My kids will always think of Graham as Papa's twin! Hugs to all. Love Jenna, Mike, Myla and Garrett.
- Jenna Searle
Paulette ... Cecil and I are holding you and the Lutwick family close in our thoughts and prayers. Graham was well liked and he will be sorely missed. He "loved" his schooner and it almost seemed as though he enjoyed the time preparing it for the water as much as he did when it was under sail. Graham was a great guy.. Extending our deepest sympathy.
- Marion Heisler
I worked with Graham and found him kind and thoughtful. I can imagine his schooner was well tended, just like his home which I visted with Charlie O'Reilly decades ago. Even though I will not be able to attend his sevice I wish to send condolences to Graham's friends and family.
- Judy Haammond
Very, very sorry to hear of Graham's passing. I worked with Graham for several years at BIO and always thought him the absolute "finest kind". I did not know (until reading the beautifully-written obituary) about that frightening under the water experience that he had. I cannot attend the service, but I do wish to offer most sincere condolences to all family, and especially to Ann.
- Linda MacDonald
Please accept our sincere condolences. Graham was always the smiling and familiar face for us on Pauls Point Road. Our thoughts are with you at this time. David and Diane Bell Hauling Road, Hackett's cove
- David/Diane Bell
Sincere condolences to the family. So sad to hear of his passing. Dean & Rosalie Ryer
- Rosalie Ryer
Paulette, Rick and I are so deeply saddened by Graham's passing. You have been in our thoughts and we want to pass on our deepest sympathies. Love, Rick and Diane
- Diane Bowering