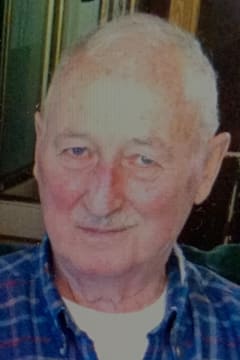 WENTZELL (Win) EDWARD MACKENZIE, 87 of Dartmouth NS passed away on April 30th, 2021 at The Admiral LTC facility.
He was born in Hazel Hill, Guysborough Co., NS to parents John and Wilma (Grover) MacKenzie.
At the age of 17 he enlisted with the Canadian Army and served in Korea. Upon his honourable
discharge he began a career with the Dartmouth Police Department achieving the rank of Inspector.
When he retired in 1992 he enjoyed working around his properties and always had a project or 10 on the go.
He is survived by his siblings May Adaire, Elsie Jackson, Ches( Darlene), Brenda (Wayne) Dort and
predeceased by his brother Mac.
Predeceased by his son Wayne and leaving behind his son Barry (Judy); granddaughters: Sarah Densmore, Jessica Myers and 5 great grandchildren.
He is predeceased by his wife Margaret and survived by her children: Elaine (Ted) Hynes, Angela McCallum, Margaret (Earl) McEachern, Vicki (John) Hughes and Greg (Lana) McDermitt; her 11 grandchildren and great grandchildren.
The family would like to thank the staff at The Admiral LTC facility for their care and compassion during his time spent with them.
Cremation has taken place and at Win’s request that his ashes will be placed at a location of his choosing on a later date and also in keeping with his wishes there will be no service.

My thoughts and prayers are with you all at this difficult time. I got to know Wentzell when I volunteered at the Admiral. He was a great guy and always showed appreciation for everything that I helped him with. He always had a smile and a joke to tell. I will surely miss spending time with him when we are able to go back to volunteering. My sincere condolences to all the family.
- Dave Spencer
Barry, Judy and Family, Please know that you and yours are in our hearts and prayers. Alex & Deb Mosher
- Aunt Marion
Barry, Judy & Family, I was sorry to read of your Dad's passing --My sincere condolences to you and your family. Love, Aunt Marion
- Aunt Marion
I spent many hours with Win not only at work but also in a social environment where he was always quick to tell a story . Win was tough at times but also a lot of fun to be around.He was never shy in expressing his views on the proper way to run a police department. Win's favorite line was "Not being critical but..." Sincere condolences to his family and if there is a CID in Heaven our past members better be prepared. The BOSS has arrived! Paul Bonang
- Paul Bonang
we are so sorry to hear of Win's passing . He has been a friend for many years . Rest in peace Win. Art & Karen Doherty
- Arthur Doherty
To Win's family my heartfelt prayers and condolences. My husband Donnie served on the DP Dept. with him in the late 60's. He was a good friend and fellow police officer. Loved playing cards and the social times with the rest of the crew. Take comfort in the memories. Donnie passed away last year in April. When our provincial restrictions allow we will have his arrangements. God Bless to all of you. Claire Richard
- Claire Richard
Win's family: Win was a true leader at his time on the Dartmouth Police force.He was very knowledgeable,organized,sharp dresser and no nonsense kinda guy. Win enjoyed the social side of life and loved his time outdoors. He had many stories to tell and if he started one you might as well just sit down and listen. My thoughts and prayers are with you all,keep you happier and fond memories close to your heart. Kind Regards: Charlie A. Verge
- Charlie A Verge
Barry,Judy and family.....so sorry for your loss.Rest in peace Win.
- janice ruppert
Condolences to Win's family. May he rest in peace.
- Linda Todd