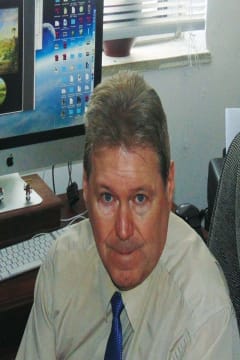 Edward (Ted) Hill Jones , Age 68 of Toronto, Ontario passed away on Tuesday March 1 2022 at his home in Halifax.

Born in Windsor, Ontario he was the son of the late Henry (Harry) Jones and Ivy Jones from Toronto, Ontario.

He grew up in the graphics industry at a young age with his father. He continued painting for the remainder of his life, creating a large body of work.

He is Survived by long time Friend, Terry Draper.

Ted will be cremated and returned to Toronto.