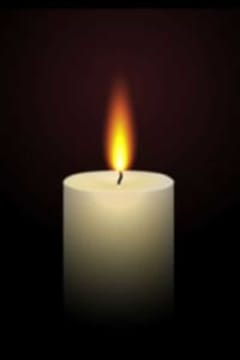 Wright, Harry Millard, 98, died in Halifax on 26 Oct 2022. Born in Deep Brook, Annapolis County, NS, on his grandfather’s farm, he was the son of the late Dennis B. Wright and Harriet Nichols.

Following graduation from MacDonald High School in Middleton, NS, he attended Acadia University, Wolfville, NS, from which he received an Engineering diploma and Bachelor of Science degree. Emigrating to the United States, he served in the US Army in various locations. Following an honourable discharge, he attended the Montana School of Mines, Butte, Montana. He married his wife, Virginia (“Jinny”) Margeson Eaton, in Milton MA, in 1947. In October 2021, they celebrated their 74th  anniversary. A noted Nova Scotia artist, she died in December 2021.

He was the founding director of the Annapolis Valley Peat Moss Company, Berwick, NS, and in 1952, he joined L.E. Shaw Ltd. He advanced through several positions until he resigned 20 years later as Vice President, Finance and Administration, President of Clayton Developments Ltd., and an officer or director of various other Shaw subsidiaries. In 1972, he formed his own company, Colonial Scientific Ltd, with offices in Halifax, Fredericton and St John’s.

Following retirement from his company in 1992, he began writing non-fiction books of which 10 were published, including “The Other Halifax Explosion” and “Nova Scotia Waldeckers”.

Surviving are his three sons, David (Teresa), Steven (Janice) and Douglas, and two daughters, Cynthia (Bernie) and Carolyn Sue (Brian), as well as 13 grandchildren and 13 great-grandchildren.

He will be buried in Clementsvale in the Annapolis Valley where many of his ancestors are buried.

The family thanks the staff at 7.1 floor at the Halifax Infirmary who were so kind and helpful to their father.