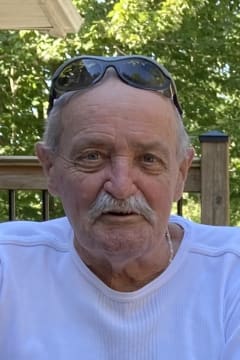 It is with broken hearts that we had to say goodbye to John on December 27th after a short but difficult battle with lung cancer. He did not leave this world alone as he had his loving wife, Sandra, his sister and brothers by his side. He is survived by Sandra, his bonus granddaughter, Taylor, his sister, Chrissy (Scott Elliott), brothers, Brad (Judy), Jim (Bev Wisen), Keith (Wanda), and Gary, one niece - Lindsay Oickle, four nephews - Greg and Eric Oickle, Jim Carr, and Barry Oickle and 5 great nephews - Cole Oickle, Tyler Carr, Findlay, Oliver and Benjamin Oickle.

He was predeceased by his father Barry, mother Ida (Poirier), and sister-in-law Betty.

John was 70 years of age and grew up on the Waverley Road. He and Sandra moved to Sheet Harbour and made their cottage into a home where they lived for 20 years and recently moved to Lake Echo. He began his career with NS Power where he worked as a lineman for 15 years and then worked for K-Line and FA Tucker which is where he retired from.

He loved fishing and hunting and played pool for many years with the Mens Metro Pool League. He was an avid knife collector and enjoyed working with wood and was very good at making walking canes and axe handles from ash.

Any friend of John’s always knew he had your back.

At John’s request there will be no visitation and no service. Donations can be made in John’s memory to the NS Lung Association or NS Cancer Society.

The family would like to thank the Palliative Care Team and the VON for their help in taking care of John during this difficult time. We would also like to thank Chris from MediGas for his prompt service and kindness in helping us make John more comfortable and giving the family peace of mind.

The family would like to honour John at a later date with a “putter” (celebration) at the family home.