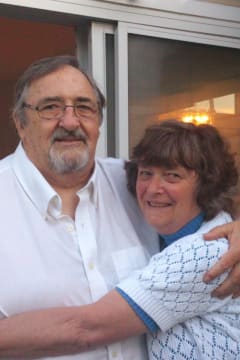 Raymond Jack Smith, age 77, of Lower Sackville NS passed away peacefully at the Victoria General Hospital in Halifax after a courageous battle with cancer. The family would like to thank all the Doctors and Nurses that cared for him over the years.

Ray was born in Southall, Middlesex, England and immigrated to Canada in the late 70’s. During his working life, Ray was a Chef that cooked for many including the late Queen of England, Sir Winston Churchill and Elizabeth Taylor. He was Executive Chef at many London Hotels and was a hotel manager in Canada. He had a radio cooking show during the 80’s in Sault Ste. Marie, Ontario and a TV Cooking show on CBC Canada. Ray cherished his family and enjoyed British Comedy’s, Painting and Cooking.

As per Ray’s wishes, there will be no service and no burial. His ashes will be scattered across Canada. A Celebration of life will be determined at a later date for family.