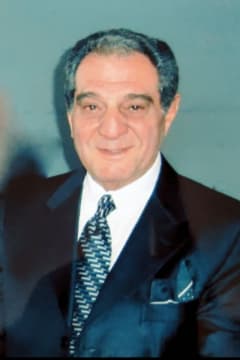 It is with great sadness that we announce the passing of our dear husband, brother, uncle and friend, Robert (Bob) B. Mansour who left this world peacefully at the age of 85, surrounded by loving family and close friends.

Bob was born in Halifax in 1936 and worked in his father’s general store on Chebucto Road during his youth. He attended St. Mary’s University- High School where he played football. He was well known for his football prowess and was known to many as “Munchie”. Upon graduation in 1953 he went on to complete a Diploma in Science/Engineering at Dalhousie University. From 1964 until 1967 Bob worked for Northern Electric in Montreal and Ottawa as an engineer. In 1967 he moved to Toronto and changed career direction working in educational publishing. Eventually he and Mickie started their own business (RBM Productions Ltd. and Ethos Ltd.) In 1972, developing, producing and distributing educational media programs designed for Canadian school curricula.

In 1972 Bob married Mary (Mickie) McCunn of Greenhill N.S. They resided in Markham Ontario, eventually returning to Dartmouth, Nova Scotia in their retirement years. Bob and Mickie worked together for 45 years, indulging his passion for education through their businesses, ultimately becoming an accomplished photographer and videographer. Through his work, Bob travelled and documented the country from coast to coast over land, sea and air and leaves behind an incredible legacy of experiences, photographs and videos showcasing the marvels and beauty of Canada.

Bob lived a remarkable life filled with accomplishment and mastery of whatever pursuits and passions he chose to follow. As a football star, a horse trainer, championship bridge player and golfer, and an entrepreneur, Bob made it a personal goal to excel at whatever he turned his hand to. Community minded, he spent years volunteering and sharing his talents with community based organizations. Through his highly effective fundraising abilities, he contributed to the financial success of many not- for- profit agencies and organizations. Among his many other interests were music, singing and dancing which he indulged in whenever he could - even to within days of his passing.

Bob was a character, and was recognizable in his communities, walking his dog, proudly sporting one of his many Tilley hats and swinging his golf club as he ambled throughout the neighborhood.

He will be missed by all but forever remembered as a man who lived and enjoyed his life and wanted to share it with his family and friends.

Due to COVID restrictions a celebration of his life will be held at a later date. Donations in Bob’s memory may be made to a special needs scholarship “Indspire” –an organization that supports native young people, providing them with funding to pursue higher education. https://indspire.ca/programs/students/bursaries-scholarships/

“Do not go where the path may lead, go instead where there is no path and leave a trail”
Ralph Waldo Emerson