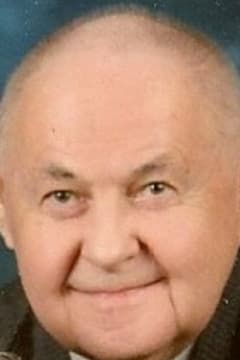 It is with much sorrow that we announce the death at 85 years young on May 26th of Ronald Vaughn COLPITTS. He was born in Moncton on June 10 1935, the son of Clifford William and Edna Rena Collier Colpitts. He was active in the United Church, particularly choirs, as well as Cubs and Scouts New Brunswick (Co-representative to the First Carribean Scout Jamboree 1951).

He was a Meteorologist with what is today Environment Canada, serving in Greenwood, Nova Scotia, Frobisher Bay (Iqaluit in Nunavut today) and RCAF Zweibrucken, West Germany.

Ron was a driving force in the revival of the Canadian Volkssport Federation as well as the Food Bank at Stairs Memorial Church. Ron loved playing Bridge and, along with his partner Doug Mitchell, they were truly a force to be reckoned with.

He leaves to mourn his loving wife of more than 63 years Kathleen (nee Kitty Dolomont), sons Ron (Helen) and grandson Bruce of Ottawa, and Andrew and granddaughter Sylvie of Vancouver; sister Audrey PURDY and niece Dee Dee Ann, both of Moncton New Brunswick, as well as many cousins.

In lieu of flowers, the family asks that you consider donating to the foodbank North Dartmouth Outreach Resource Center located at Stairs Memorial United Church 44 Hester Street in Dartmouth, NS B3A 1K2 902-466-4389 or a charity of your choice.

Given the pandemic, internment will take place after appropriate conditions are reached. 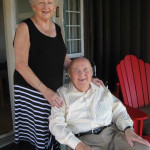 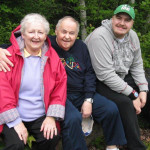 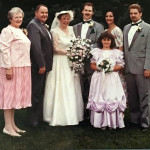 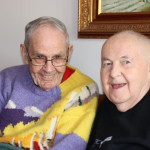 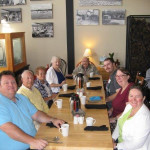 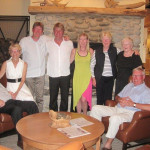 So very sorry for your loss Kitty and family .Mom and I both thought highly of Ron. He was a wonderful and gentle man and we will miss him. We will keep you in our prayers. Charlane Ward and Vi Oicle
- Charlane Ward
So sad to hear of Ron's passing, please accept our love and prayers to you and your family.
- Trevor Kolesar
My sympathies to Ron, Helen, and the Family on your loss.
- Gerry Lelievre

Thinking of you you Kitty at this time. I am sad to hear of Ron's passing... He was always so supportive and had a great smile! Krista Duffy and family xxoo
- Krista Duffy
Dear Kitty - Donna and I were saddened to hear of Ron's passing. As you know, I first met Ron back in 1985 when I first started organizing Volkssports in Alberta. Over the past 35 plus years, both of you were always in my/our thoughts. Ron and I had some great conferences/conventions, etc. together and I considered him the Founder of Volkssports in Canada.Donna remembers the fun and commaradarie with both Ron and you and send her condolences as well. We wish you all the best. David and Donna Phillips, Kingston, ON.
- David Phillips

I am so sorry to hear of Ron's passing. I first met Ron 30 years ago after the birth of my second son. As a member of our church Ron came to my home to welcome my son to the world and offer spiritual care. Although I am not a regular at church, my family was there every Christmas Eve. My boys and I looked forward to seeing Ron and getting a Christmas hug from him. I miss that! Ron was a wonderful man. Patricia, Scott, Greg and Brad Sears
- Patricia Sears
My wife Sharron and I had the pleasure of getting to know Ron and Kittie when we were stationed at 1 Canadian Air Group HQ in Lahr, Germany. Ron was a highly competent Met officer and a key player in our unit and we very much enjoyed their presence in our small Air Force community. May the memory of a life well lived bring much solace to Kitty and the family at this difficult and challenging time. Our most sincere condolences. LGen (Ret'd) Lloyd Campbell
- Lloyd Campbell

Kathleen. Thinking of you and am sorry for your loss. Sincerely, Liz Kerr
- Liz Kerr
To Kitty and family We want to express our condolences on the passing of Ron. May God give you wonderful memories and comfort and support throughout this time. Sincerely, Sandra and David Carruthers
- Sandra Carruthers
Dear Kitty - I am saddened to see of Ron's passing. I will definitely miss his smiling face at Church. Sending hugs and prayers to you and your family.
- Christine Eidt
Dear Kitty , please know that I am very sad for your lose . Hugs , Joan Burgess
- Joan Burgess

Ron was a regular at our monthly retiree coffees at Bedford Place Mall, until health issues kept him away. Always a gentleman, he liked to shake hands around the table. I'll miss him.
- Keith Keddy
Kathleen, Elaine and I are saddened by the passing of Ron. I loved having chats with him from the time I met him. He was, and remains in our hearts, a truly special person.
- Ken and Elaine Shand