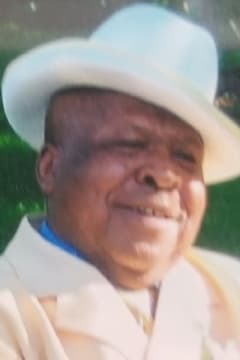 It is with a heavy heart that we announce the passing of Arnold Joseph Barry 90 on January 20, 2021. Barry, best known as Papa Sam is the son of the late Lavinia and Freeman Berry, and the adoptive son of the Late George and Gracie Glasgow.

Papa Sam will always be remembered for his sense of humor, his infectious laughter, and his love of life and loving it to the fullest. He spent most of his life in Montreal, and could often be seen going to work, meaning he was going to BINGO, but he will always be remembered as brother, uncle, and most importantly friend because no matter who you were to him, he gave unconditional love. He will truly be missed by his family and friends.

Sam always wanted to be different from, as he would say it, “you people” or anyone in general, so to stand out from the rest of the Berry family, he was the only one who spelled his last name with an “A”. He changed his last name from Berry to BARRY, but that did not change his love for them. He still loved them unconditionally. He will be greatly missed by his many nieces and nephews of the Berry family who he loved so dearly. He always enjoyed his time with them and would always tell them that everyone was older than they really were.

Papa Sam had many names such as “The Godfather", and he had way too many godchildren. If you looked like you needed a little attention and he liked you, he would say, “I am your Godfather”, no matter the age (men, women, and children), and people would accept with honor. He took on a couple of adult godchildren when he moved back to Halifax in 2014. We also called him the Godfather because many people looked to him for advice and protection when they were in trouble or in need of help. He always knew what to do and what to say to make you feel better. He would take care of everything, no matter what the trouble was. You could call on Sam Barry day or night, he was always there for you, his door was always open, but if you ever crossed him, he would tell you “my door swings both ways”.

Friends, he had so many of them, if we were to name them all, there would not be enough paper. It would include everyone who ever crossed his path throughout his life. However, there were some whom he said, “made his life miserable” and others whom he told to just “GO LOVE YOURSELF” but at the end of the day, he really loved them, and they loved him. When Sam was about 14 years old living with his mother in Halifax, he met Audrey Parris, they became best friends right away. Their friendship stayed strong even after they became adults and went their separate ways, 76 years later their friendship remained bonded, they were friends to the end. Eddie Peer from New York was also one of Sam's best friends; they were friends for many years. After Sam moved to Montreal, he became friends with Bessie Ross, and Jean and Cyril Deleon. They met up every week to socialize and to play a friendly game of cards. Bessie made sure that her kids catered to Sam whenever his family was not there and Sam did not hesitate to call on them, whether it was to hook up a VCR (yes, he still had a VCR) or to drive him somewhere. He could call on Jean for anything and Cyril would take Sam to his appointments whenever he asked. Sam was a person who did not like to impose on his family so he would never tell them when he had an appointment. He would just call Cyril and tell Cyril to take him. Even though Cyril did not have a car he found a way to take Sam, he did whatever Sam said to do. Sam would always say “it’s my way or the bye-way”, so people always chose his way because they enjoyed his company. Sam had that kind of effect on people. He had a special friendship with Cunnie Downey when he was living in Montreal, she called him Young Samuel. Her visits with Sam didn’t go as good as his other friends. She would clean his house from top to bottom thinking she was getting paid and after he made sure she was finished working, he would aggravate her by saying she missed a spot so he could tell her it was time to go. Sometimes she would go quietly and oftentimes she would leave but not before undoing the work did. The next week she would be back and the two would carry on like nothing happened the week before. The Glasgow family and the Berry family thank you guys for being in his life, for loving him and being there for him. You were more than his true friends, you were his family. We know you guys will miss him dearly.

The Glasgow family will cherish all his memories forever, the good times we shared together and will hold close to our hearts the love he poured out to each and every one of us. We will miss his favorite line “Read my lips”. Sam was truly irreplaceable. We will miss him, and we love him.

And we must not forget, he was also predeceased by his #1 friend, his dog Ceaser.

A service of celebration will be on Saturday Feb 6, 2021 at 1:00pm at Saint Thomas Baptist Church. Due to COVID restrictions viewing is restricted to invitees only those wishing to view are welcome to watch via live stream https://youtube.com/channel/UCj19TWbiNsfxTYQ-Ptd6XLQ

Donations can be made to Saint Thomas Cemetery fund

Funeral Arrangements have been entrusted to Donald K. Walker 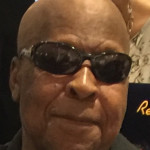 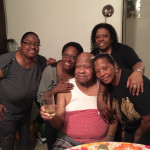 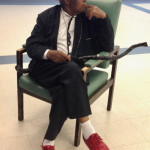 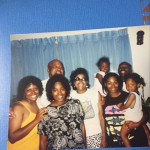 From> Sugar Plum Croxen☆ You will be missed> Peace & Love!!
- Leonard Croxen
Rodney & I send our love and condolences to the entire family and pray for comfort during your time lost.
- Juliette Thomas
Sending our deepest sympathy to Sam's family may God comfort you and keep you strong for each other. God Bless love and prayers Pam and Myles (Bill)
- Pamela
Hank and Minister Debbie Simmonds send heartfelt condolences and love to family and friends of Uncle Sam. He was a special Uncle who was very kind and liked to make you laugh.He will be missed. May his soul rest in peace and may God sustain you all.
- Debbie Simmonds
On behalf of Roletta (Pye) and Gary Wohlgeschaffen we extend our sincere condolences to all of Sam's family and friends. May the good Lord bless and strengthen you, and hold you close at this time and always. Sam, you will be missed.
- Roletta
Sincere sympathy to the family of Arnold (Sam) Barry; may he rest in peace. Roli
- Roland Simmonds
Sincere condolences to the family on the passing of your loved one Sam may he rest in peace
- Judi Clayton
My prayers go out to the family's god bless you all
- Carolyn Jones
On behalf of the Ross Family our Condolences Sam will be missed here in Montreal Quebec Sam was one of a kind funny loving would do anything for you I would say Mr.A J BARRY he would say don't forget it lol January 27th was his child's birthday (cesar his dog) which is my daughter's birthday we would have to celebrate their birthdays together cesar would have one of my daughters birthday hat on we would sing happy birthday to both Sam you are forever in our Hearts Rest Easy God's Blessings
- Crystal Jones
I met Sam about nine years ago in Montreal through Audrey Paris,we became bingo buddies.Sam was funny and nice. I will miss seeing him in .May he rest in peace.My condolences to his family.
- Debbie Johnson