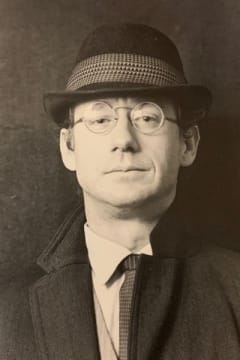 Sadly missed, David was the first-born child of the late Douglas and Betty (Blakney) Jennings. He was welcomed into the world at Halifax Grace Maternity Hospital. He passed away on September 8, 2020 in Halifax after an exceptionally brave battle with the aftereffects of a motorcycle accident three years previous.

David’s parents moved to India as missionaries when he was four years old. Growing up there and in Canada gave him an opportunity to develop a wide worldview that stayed with him through the years. David was a successful radio and TV news personality early in his career. His ability to distill underlying patterns and meaning in events, and share his insight, carried him to his final work as a media relations officer for Fisheries and Oceans Canada - a job that he genuinely loved.

All who knew David will recognize that he loved to recount his adventures, plumbing the depths of his remarkable memory, stories often accompanied with wit and laughter. His love of music, as performer and musicologist as well his immense collection and knowledge of the art, will not be forgotten.

Thank you to all who visited David during his hospitalization - that meant the world to him. Also, thank you very much to the staff of the Halifax Infirmary, and especially 7.3, who became like family.

A celebration of life will be arranged at a future date and notifications made public.