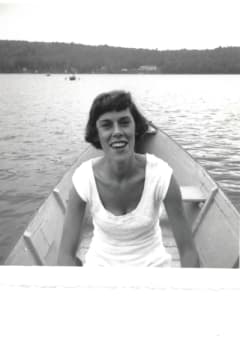 Elizabeth Evelyn Wark, age 95, died in peace on July 18, 2020 at home in Bedford, NS. Daughter of the late William Joseph and Mary Zeta (Wilson) Doran, she is survived by her children Michael (Dorothy), Jayne (Peter), Christopher (Lori), daughter-in-law Barb, eight grandchildren, four great-grandchildren, and many cherished nieces, nephews, and cousins. She was predeceased by her husband William John Wark, her son David Alexander Doran, her parents, and twelve siblings - all of whom she loved dearly.

Elizabeth Evelyn was known by many names: Evelyn to her family in New Brunswick, Elizabeth to the bank, Lynn to her husband and friends, and “Nanny” to many. The highlights of Lynn’s long and eventful 95 years cannot be conveyed briefly. Her life spanned two centuries, including the Depression, multiple quarantines, World War II, the Cold War and the advent of the digital age. She went from churning butter by hand as a child to surfing the internet as a senior.

Lynn was born in Derby, NB and grew up in Newcastle, NB. She was the middle child in a large family and always spoke fondly of her childhood. As a young adult, she moved to Valleyfield, Quebec where she lived with her sister Catherine and worked at an ammunition factory during World War II. She later trained and worked as a blood technician in Montreal. She loved her life in the city and revelled in its glamour as she attended the theatre, ballets, and restaurants. It was also there that she developed her lifelong love of football and her timeless sense of fashion and style.

On a trip home to Newcastle in her late twenties, she met John, a geologist, who was working there temporarily. After a long and persistent courtship by John, they married and began their life of moving between isolated towns and bush camps in Northern Quebec and Ontario. Lynn was brave and intrepid, living off-grid in the woods and keeping a vigilant eye on her two young children, Michael and Jayne, while John was working. The family moved to Timmins so the children could start school. After a couple years they were on the move again, this time to Bathurst, NB, where her last child, Christopher, was born. Lynn did not like living there and later joked that she prayed daily, “Please God, don’t let me die in Bathurst.”

John’s work next took him to Woodstock, NB. Having had enough of small-town life, Lynn put her foot down and convinced John that she should take the kids to Montreal for high school, and he could commute back and forth. This arrangement worked very well from 1968 to 1974. The whole family was stunned when John announced that the next relocation for work was to Bridgewater, NS. Although Lynn found herself back in a small town, they bought their first house and Lynn began the gardening that would become her lifelong passion. The family was all under one roof and life in Bridgewater was happy, but then John died suddenly in 1976. Lynn was traumatized and heartbroken.

Lynn toughed it out in Bridgewater for two more years. With Michael and Jayne finishing up university in Halifax, she decided to move to Toronto with Christopher. Always resourceful and resilient, she went back to work as a hospital lab technician. She loved her work and in her later years was quick to critique any technician poking her if they weren’t as deft with a needle as she was. She tried dating a few men, but nobody could replace John in her heart and she was happier living independently.

Family always came first for Lynn, so even though she loved Toronto, she moved with her daughter Jayne and son-in-law Peter to Bedford, NS in 1990 to look after her granddaughters Claire and Lucy. For ten years the family lived together in a tiny house with a big yard. It was here that “Nanny,” as she was known to her grandchildren and all their friends, really unleashed her green thumb. She turned a barren yard into a lush garden that was an oasis to explore and play in. Through these years, she often travelled to visit her other grandchildren: Michelle, Caitlen, and Jonathan in PEI, Heather and David in Ontario, and Billy D. in Ohio. Sadly, it was during this time of her life that her son David was diagnosed with cancer and Lynn went to Ohio to help her daughter-in-law Barb care for him till his last breath.

Eventually Lynn moved to the apartment in Bedford where she spent the last 15 years of her life. It was around the corner from Jayne and Peter’s house, where she created another beautiful garden for the joy of all. She said that if she could live her life over again she would have studied horticulture and become a professional gardener, but she became a master gardener all on her own. Friends and neighbours from far and wide came to her for advice, including sending pictures of plants to her iPad asking her to identify them. Lynn was still digging and planting on her hands and knees until last Fall. It truly was her passion, and a gift she passed on to her children and grandchildren.

When Lynn wasn’t gardening, she was cooking and baking. Even her chronic pain and increasing vision loss couldn’t stop her. She collected cookbooks and when she couldn’t read them anymore, she discovered the internet’s wealth of recipes on her iPad and was always trying something new. Gathering family and friends around the table brought her great happiness. In October, just a couple weeks before she received her terminal cancer diagnosis, she insisted on planning and preparing Thanksgiving dinner for fourteen people on her own, much to her daughter’s consternation. And though she had become quite ill by Christmas, she was still baking dozens and dozens of cookies, pies and fruitcakes to share with neighbours and friends.

Lynn was never alone from the day of her diagnosis till the day of her death. In addition to immediate family who stayed with her around the clock, many visitors and relatives came from near and far to spend time with Lynn. With the loving care of her children and granddaughters she was able to stay at home until it became necessary for her to move to Jayne and Peter’s house. Despite her declining health over those last six weeks, being able to look out at her gardens brought her joy. The family is especially grateful to Dr. Jason Reynolds, from whom she received inimitable care for many years, Rev. Katie Aven, who provided her with spiritual solace and comfort, and to Michaela Kember, her personal caregiver who cared for Lynn with grace, dignity and love during her final weeks and days.

Lynn is fondly remembered for her vibrant and dynamic personality, and her many gifts and skills. She was a loving mother, grandmother, maternal figure, and friend to many, expressing her care for those around her with generosity, patience, kindness and humour. Lynn was smart, contemporary, inquisitive and opinionated. She told truths and spoke her mind, whether you liked it or not, about everything from your haircut to your life choices. Lynn loved shopping and was always stylish and fashionable, including sporting oversize “rock star” sunglasses. Lynn also had a vain streak and thoroughly enjoyed the many compliments she got for looking so much younger than her age. But Lynn’s interests in life were not frivolous or self-centred. She was always engaged with the wider world and avidly followed current events and politics. She relished having spirited discussions about the latest goings-on, in which of course she was always right. Lynn also loved travel and adventure, and took many trips with or to visit family, travelling across the continent from the NWT, Yukon, and Alaska to Cape Breton and Newfoundland. She had the gift of being a captivating story-teller, and the astonishing skill of recalling all the dates and details everyone else had long forgotten. Her stories, candor, and kindness will be deeply missed.

Lynn was a woman who lived beyond and outside her time. She was a legend. If love could have saved her, she would have lived forever. Everyone who knew her will miss her as a very special and irreplaceable person in their lives.

Memorial and interment will take place in April 2021. In lieu of flowers, donations can be made in Lynn’s name to Hope for Wildlife, the Nova Scotia Food Bank, or the VON. 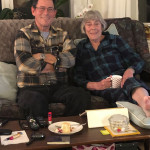 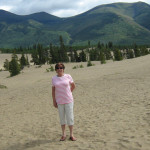 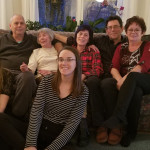 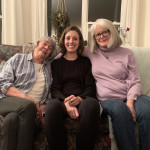 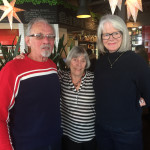 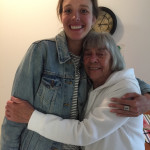 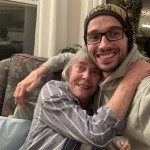 It was such a delight to know Lynn Wark. She was an amazing gardener and caterer for events at Jayne and Peter's. I loved meeting Jayne and Lynn at the Superstore or meeting at Sunnyside for breakfast on the occasional Saturday morning.a Lynn was a great conversationalist, always charming and funny and never let the conversation lag. It was like visiting an old friend, even though I didn't know her very well.
- Robin Muller
I had the pleasure of meeting the beautiful, spunky, smart and classy Lynn a few years ago. She was so engaged and interested in people and life. She was on an outing with her dear daughter Jayne.I later enjoyed visiting with Lynn with her granddaughters at the grocery store. She was always so stylish with a ready smile and friendly words. What a role model! My deepest condolences to her children and grandchildren.
- Sharon MacIntosh
To all the Wark and Dykhuis Family ~ our lives ars so much better for knowing Lynn / Nanny. Who was this wonderful person our daughter Chloe kept talking about as a close friend of Claire.. I first really meet Lynn at her 90th birthday party and before we knew it we became so close as friends despite the age difference. I marveled at Lynn's amazing sense of style , entertaining and outstanding cooking skills and her ability to make me laugh and smile. We shared I truly think all of our lives experiences along with a love of politics , fashion, recipes, outings including lunches ,shopping, sightseeing in Nova Scotia and talking on the phone. In time our entire family was charmed by her wonderful life stories and enjoyed meeting her children Christoper ,Michael, Jane and Peter and of course Claire, Doyle and Lucy. Thank you for sharing her with us ~ she will be truly missed but never forgotten.Sincerest Condolences Joan Grant Max and Chloe Walls Bedford NS
- Joan Walls
Although she was slight in stature, Lynn was a strong woman with a big heart. I remember whenever I phoned her house and she would hear my voice, her first words were always "Is that you Eric?". Those words spoken by her continue to resonate in my head to this day. Rest in peace Lynn. You will be missed but not forgotten.
- Eric Fagen
I will forever miss your Moms' laugh and love of life! She was an amazing woman I feel lucky to have known! Bless you all.....
- Anni