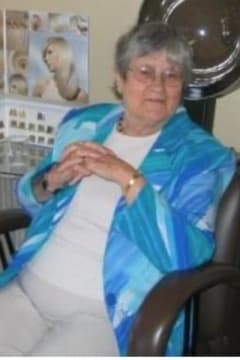 Josephine (Jo) Mary Ruth age 89 of Halifax passed away on November 3 2020. She was born in North Harbour Newfoundland on July 29 1931. Jo was the daughter of Alexander Meaney and Deborah Power of St. Mary’s Bay Newfoundland.

After completing high school, Jo attended normal college at Memorial University in 1948. She started her career teaching in small communities throughout Newfoundland including Fogo Island, Trout Pond and Heatherton. She moved to Halifax in 1952 and had several careers. She was a Bank Teller, Postmaster, Office Supervisor, retiring as an Executive Director in the field of Homecare.

Jo’s children were everything to her. With five children she explored numerous activities and pastimes. She enjoyed long hours of knitting, playing crib and enjoyed watching movies, especially the oldies. She had a ferocious appetite for reading and always had a book in her hand. Jo enjoyed watching football, baseball and especially hockey live and or on TV. She enjoyed cottage stays and big feasts.

Josephine was a devout Catholic and enjoyed going to church every week, every day during lent. Even after she was unable to go to church she watched mass every day on the religion channel. Her most memorable trips were to Sainte-Anne-de-Beaupre, Quebec and Medjugorje, Bosnia-Herzegovina.

She will always be loved and missed by children Beverly Halifax, Bradford (Marina) Ottawa, Barry Halifax, Kenneth (Janet) Calgary and Kevin Springhill as well as her grandchildren Michael, Christina, David, Stephen, Samantha, Elise and Allan and 7 great grandchildren. She is also survived by her brother Raymond (Joan) and sister Geraldine (Mike) both of Newfoundland.

Josephine’s family would like to thank the doctors and staff at Northwood Centre for all their care during her stay. In lieu of flowers, donations can be made to the Canadian Diabetes Association. A memorial will be arranged for a later date. 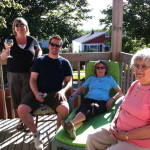 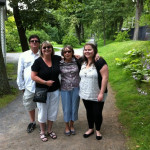 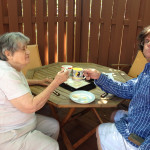 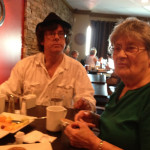 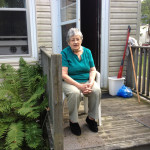 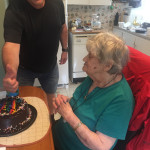 Heartfelt condolences... She was an amazing person and I'm grateful to have known her... She will be missed by many.
- Mark Barton
So sad to hear that Jo passed away. I will always remember our family get togethers and all the laughter. With love to all,
- Rhonda Wessel
I had Mrs. Ruth as a boss when she was with Dartmouth Community Homemakers. She was the most caring woman. I was very fortunate to have her as a friend also. She was an amazing and also caring lady. God needed another ANGEL and he called you HOME. May you now get your wings and fly. R.I.P. beautiful lady xo
- Gloria Groves
My condolences to the Ruth family. Jo was a wonderful person. Her and Mum became close friends when she and the family moved to Kennetcook. I remember her great laugh and wonderful sense of humor and wit, and her strong determination to make life work under what were seemingly near impossible circumstances back in the '70's. She seemed to me to be a person, who, when life throws you a lemon, you make lemonade. Fearless, with a big heart. These are my impressions of Jo. I pray God will comfort the hearts of all her family, as she will for sure be missed.
- Jo-Ann Shepherd
So very sorry to hear of Josephine's passing. Condolences to the entire Ruth family.
- Mickey O'Hearn
AKA Nanny Ruth as me and my children and grandchildren called her was the most tender hearted, kind ,funny, loving person and the best soup and bread pudding maker. Forever in our Hearts. Katherine Gibson and family
- Katherine Gibson
Josephine had a great sense of humour. She was a lovely person and always made me feel welcome when I was at her home. She will be missed.
- Barry O’Hearn