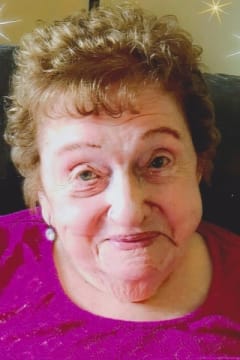 Phyllis Arlene Timmins Age 84 of Halifax, passed away on October 29, 2020, after a brief illness in QEII Infirmary Hospital, Halifax.
She was born in Green Harbour, Shelburne Co. on June 17, 1936, she was a daughter of the late Robert and Minnie (Veniot) Stewart.

Phyllis was baptized as a Jehovah's Witness and looked forward to God's promise of life on a paradise earth (Revelations 21:3,4). She enjoyed movies, music and going for drives. Her favourite movies were old classics and John Wayne westerns. John Wayne was one of her favourite actors. Phyllis loved country music especially the oldies like Kitty Wells and would sing her heart out. She loved spending time with her family and friends. One of her favourite things to do was going for a drive with Marilyn. They would stop at Tim Hortons to get a tea and sit and people watch. Phyllis was a bit of a back seat driver even though she never held a license. Phyllis had a bit of a sweet tooth that would put the cookie monster to shame. She had so much character, with her sass and mischievous nature that stayed with her until the very end.

Phyllis' family would like to thank the doctors and staff at the Halifax Infirmary Site of the QE11, for all of the care Phyllis was provided during her illness. We would also like to thank VON and Northwood HomeCare for all the care they provided.

To Elizabeth and family.So sorry for your loss.Your mom must be so proud of you.that you took such good care of her,even moving to be near her.My heart goes to you. take care.xo Lynn
- Lynn Mattatall
My nanny was the best woman was the strongest woman that I've ever known her love for her family was unconditional an ours for hers was the same her humor and gentle waves will always stay with me I love you always and forever my sweet nan I'm so proud to be your granddaughter and I'll miss you everyday
- Brianna timmins
Dearest John and family, I was so sorry to hear of your Mom's passing. John, I know you wanted so badly to get down to see her this year but covid-19 had other plans. Always remember your mom in your happiest of memories. Lots of prayers and blessing to you and yours. My love to you and all your brothers, Steve and Jimmy especially. Love always, Terri
- Terri Baker