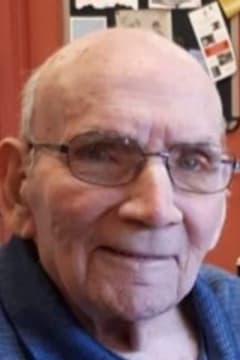 Robie lived his life mainly in Shelburne, Nova Scotia. After the death of his wife (Ruth), he then moved to Halifax to be closer to his daughters. Robie lived in Dartmouth for 8 years before his health declined and then moved in at Camp Hill Veterans Hospital. He resided at Camp Hill for over 10 years being one of the youngest veterans in there.

He was born in Shelburne, Nova Scotia. In his early years he joined the Canadian Armed Forces. He enlisted January 1951 until November 1963. He was a Korean war vet, spending one year in Korea. After leaving the military he moved back to Shelburne .

Then meeting his long-time wife and partner Ruth. He then lived in Ontario for a brief time working for Black and Decker. Robie and Ruth with their four children moved back to Shelburne after the death of his father to help his mother. Robie then worked for the department of highways for many years. To be closer to home with a then pregnant wife(Daughter Tina) he worked at Shelburne Marine as a welder until his retirement.

Robie was a long-time member of the Legion in Shelburne. Many of stories could be told from his friends at this time. Robie was a family man. Stern and strict, but always placing family first. Bringing up five children in those days was not easy. Always a Sunday dinner that was made, no excuses not to be there. Family and friends always on Christmas eve. Always a good time.
I remember a time when he was playing ball in our back yard and he smashed out the window in the living room. He looked at the four of us and said "Run", your mother is going to kill us.

I remember one year not making it home for Christmas ,crying over the phone because of a snow storm. An hour later he calls and tells me to get ready, a friend that had a jeep drove to Bedford in that storm to pick me up.

His daughter Tina meant the world to him. Tina was born later in life . Tina has many of stories but I will only share a few. He dressed up every year as Santa and would go to some homes in the area. Everyone he visited gave dad some Christmas cheer. The time he got home to Tina he could only remember four of the reindeer. It was hysterical. Tina still believed he was the greatest Santa ever. He loved spending time at Summerville beach with our mom,Tina and Tina's best friend, Marjorie. He taught Marjorie how to swim. Putting the girls on his shoulders and tossing them in the water.

Robie loved his grandchildren. He was also a great great great grandfather at the time of his death. He loved the visits from them and all the antics that they would pull when coming to visit. He would be over the moon from the visits that his grandson Troy would make. Troy and his family visited from Trenton, Ontario. He was a proud grandfather. He will be forever missed by them. They all have special memories about him. 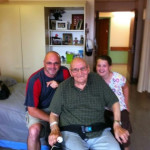 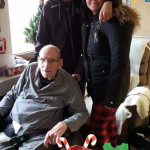 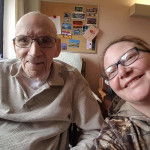 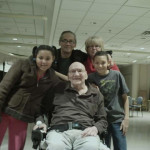 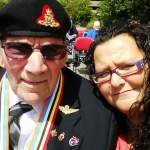 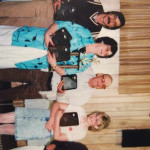 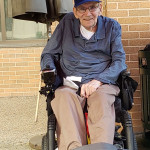 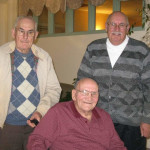 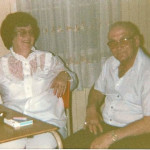 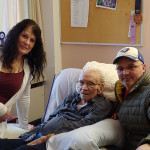 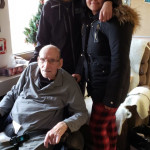 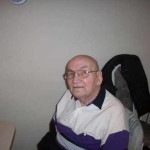 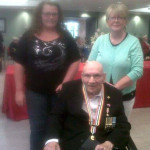 My sympathies to Robie's family. I am Irene Vincent (nee Snow), Robie's cousin. My mother was Mabel Gosbee of Shelburne. I am sorry I never got the chance to meet Robie, he sounds like a wonderful man. He will be sadly missed by his family, friends, and cousin Irene.
- Irene Vincent
My deepest condolences go out to Robies family. I had the pleasure of starting my career at the Veterans memorial building on the 5E when a short 2 months later Robie arrive to stay with us. He quickly became a favorite veteran of mine and unfortunately I've been off of work after having my son and didn't get a chance to go visit him. My heart is with the family at this difficult time. Love Erica MacLeod
- Erica MacLeod