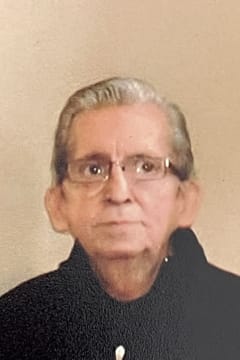 ﻿Edward Burke passed away peacefully in his sleep on September 28, 2022 at the age of 80. As he was told when he was young by his nanny “ The best way to go is : you go to bed and wake up dead” and that’s how he died.

Ed was a barber for many years. He owned and operated Purcells Barber Shop on Herring Cove road where his friends Moe and Norm still work.

Ed was known around Canada as a top tier Snooker player and won many trophies. In his youth he played the renown Canadian Champion George Chenier to a best of seven game challenge in four straight games in Montreal. He was well known around Halifax and Toronto and he could be found at the Cue and Cushion in Halifax where he and his best friend and brother Jimmy would compete with other patron’s. He appeared on CBC television with Ken Shea and performed some great trick shots. He performed at many events at Dalhousie University’s Student Union Bldg pool room promoting the game. Later in life he became a Buddhist and supported the Shambala Buddhist temple where you can make a donation in his name.

Eddy was a kind soul and took life as it came, he had many friends who would just drop by just to talk , into the wee hours of morning. He lived a long life and was loved by everyone who knew him. He loved sports and was a avid Toronto Raptors and Leafs fan.

He is predeceased by his parents Gerald and Agnes Burke, and his brothers Robert and Gerald.

Donations in lieu of flowers can be made to the Shambala, 2178 Gottingen St, Halifax NS B3K 3B4